There’s something about an Anubhav Sinha film that makes everyone sit up and take notice. With his sharp sense of stories, the filmmaker brand of conscientious cinema has over the years remoulded the purpose of cinema. What started with the crackling Mulk starring Rishi Kapoor and Taapsee Pannu - a layered tale of Islamophobia, soon became a cinema movement of sorts where Sinha discussed caste hierarchy in Article 15 and everyday misogyny in the much raved about Thappad. His next directorial Anek, starring Ayushmann Khurrana is currently in post-production and is set in the North East. While the work moves on the edit, Sinha has already nosedived into his next. The socio-political drama titled Bheed will be headlined by Rajkummar Rao. The film marks Sinha’s reunion with Bhushan Kumar after the success of Thappad. Known to back meritorious projects, Kumar has forged a successful partnership with Sinha over the years, making their equation a perfect recipe for success.

Anubhav told, “Bheed is one of those titles that the whole team jumps at the moment you propose it. To me, casting was crucial. Raj is a very intriguing actor. He is one of the very few actors who can be so successfully transparent in a story. There always was a keen desire to work with him and I am looking forward to it. I am honoured to have a solid collaborator like Bhushan on my side who is such a strong pillar and a sturdy sounding board.” 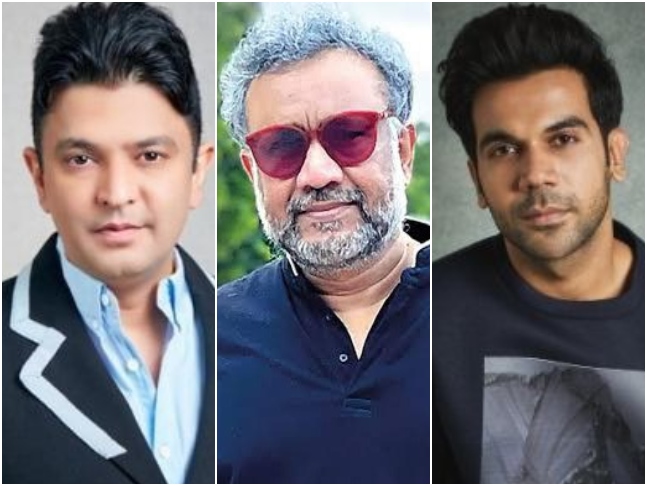 Recommended Read: PeepingMoon Exclusive: After Taapsee Pannu and Ayushmann Khurrana, Anubhav Sinha teams up with Rajkummar Rao for his next directorial!

Bhushan shared, "Anubhav and I have a long-standing relationship since Tum Bin. And every outing together is even more exciting than the last one. Thappad is a film I am incredibly proud of and I can’t wait for Bheed to kick off. It’s another of Anubhav’s deeply stirring stories and I am so proud to join hands with him yet again on this one. Raj is a wonderful actor and I can’t think of anyone better to pull off a film like this.”

The subject, much like the filmmaker’s previous works, is an everyday issue that often gets brushed under the carpet. The story demands ease of performance and Sinha found Rajkummar the right fit. The socio-political drama will be shot across Lucknow, where Sinha recently conducted an elaborate recce. The film is expected to go on floors in November as the unit continues its extensive pre-production for the next few weeks.

Rajkummar said, “I am thrilled to be working with Anubhav Sinha. It's a matter of great honour and privilege to collaborate with a filmmaker who has such a distinct voice. Reuniting with Bhushan Kumar feels like coming back on home turf after the success of Ludo last year. I have always found myself gravitating towards stories that trigger conversation. Even as an entertainer, I want my work to get people thinking. This is an important subject and the character needs me to stretch myself as an artist, beyond my comfort zone. I can’t wait to start shooting and lose myself in this universe.”