Pakistani actress and Irrfan's Hindi Medium co-star Saba Qamar has landed in legal trouble. As per reports, Lahore's magistrate court has issued bailable arrest warrants against Saba and Pakistani singer Bilal Saeed. Reportedly, Saba and Bilal have been repeatedly missing court appearances in connection with a complaint filed against them for filming a dance video outside a historical mosque.

Reportedly, a complaint was filed against Saba, Bilal and others last year under section 295 of the Pakistan Penal Code. The Lahore police alleged "desecration" of Masjid Wazir Khan in Lahore's old city. As per reports, in an FIR, it was mentioned that the Saba and Bilal, who starred in the 'dance video' violated the sanctity of the mosque and this triggered massive outrage among Pakistanis. 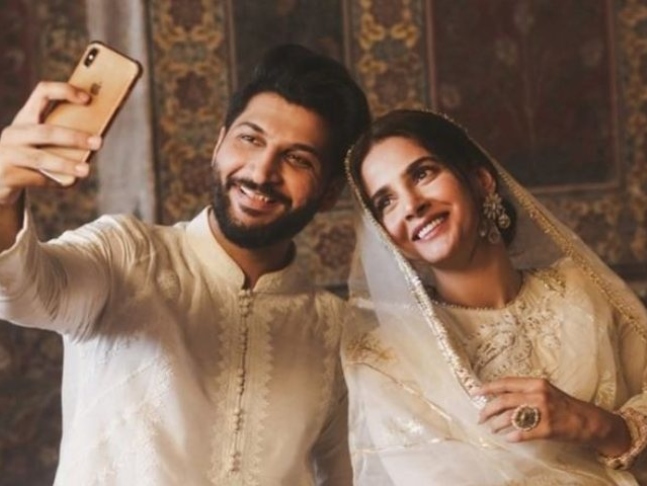 It is believed that due to the incident, the Punjab government also sacked two senior officers. After receiving death threats on social media, Saba and Bilal issued an apology. In a statement, Saba said, "It was the music video featuring a Nikah (marriage) scene. It was neither shot with any sort of playback music nor has it been edited to the music track."

Saba's first and only Bollywood film is Hindi Medium.

Sat next to you with tears in your eyes: Anushka Sharma recalls Virat