In January this year, Boney Kapoor confirmed that his youngest daughter Khushi Kapoor is preparing herself for a big Bollywood debut. The producer clarified that he won't be launching Khushi in one of his films. Since then, the buzz around her debut has been strong. While Khushi is yet to announce her first film as an actress, rumours were rife that she will be starring in Zoya Akhtar's web series based on the comic book Archie.

There is no official confirmation from Zoya and the team. In the middle of this, Khushi's father Boney reacted to the rumour. Talking to a leading daily, Boney reportedly sounded surprised. He said, "I don’t know anything about this. I don’t know what you are talking about." Well, we'll surely wait for the official announcement. But the big question is, will Khushi choose an OTT series over a theatrical film for her much-awaited debut? Time shall answer. 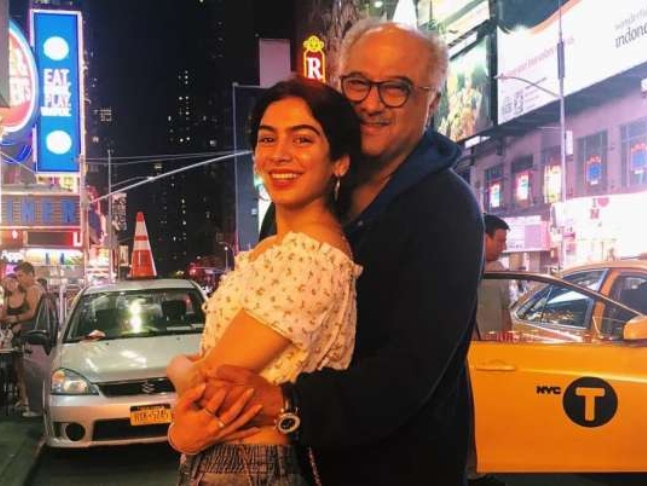 On March 22, 2021, PeepingMoon.com exclusively informed its readers that Zoya is working on the Hindi adaptation of the American popular teenage comic character Archie for Netflix. Young actors and even newbies will be roped in to play the roles of Archie and his gang of friends Reggie, Jughead, Betty, Veronica, Moose, Midge, Dilton, Big Ethel, Mr. Lodge, Miss Grundy, Pop Tate, Mr. Weatherbee, Smithers the butler, Stevens the janitor, and other fictional characters of Riverdale High School.

Speaking of Khushi, she is emerging as Bollywood's new fashionista. Her Instagram profile has some stunning pictures of the young Kapoor girl and fans are already eager to see her on the big screen.