Anil Kapoor and Sunita Kapoor's younger daughter Rhea Kapoor tied the knot with her longtime beau Karan Boolani in an intimate ceremony on August 14. The wedding took place at Anil's residence in Mumbai and Rhea looked regal in an off-white saree. After the hush-hush ceremony, Anil and the Kapoor family hosted a dinner party on Monday evening. It was attended by close family members and friends.

Rhea's cousin Shanaya Kapoor took the responsibility of sharing lovely pictures from the party on her Instagram. She did well by sharing some gems from the evening. For the party, Shanaya wore a black crop top and a thigh slit black skirt. She posed for pictures with her cousins Sonam Kapoor Ahuja, Khushi Kapoor and Anshula Kapoor.

Recommended Read: Farah Khan poses with ‘Father of the Bride’ Anil Kapoor and other inside pictures from Rhea Kapoor and Karan Boolani’s wedding bash

Chef Pooja Dhingra shared a picture of Sonam and her husband Anand Ahuja. Sonam is Rhea's elder sister. The actress wore a black dress for the party and looked stunning. 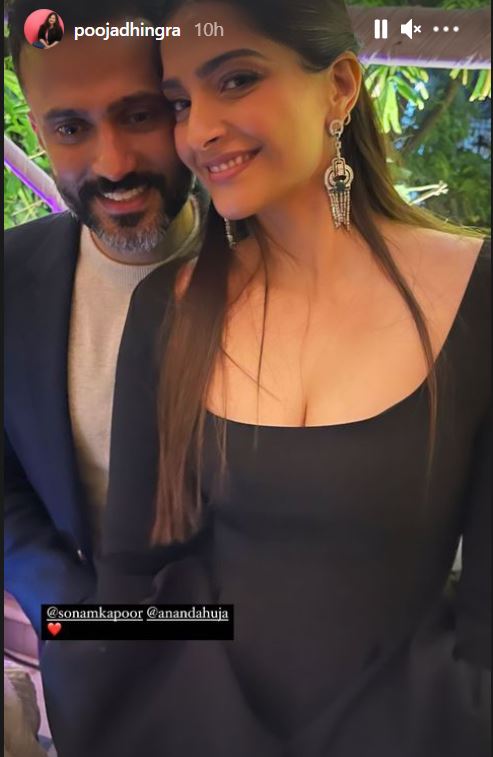 Rhea's friend, fashion designer Masaba Gupta, also attended the party. She shared a picture of the newlywed couple cutting a cake at the party. 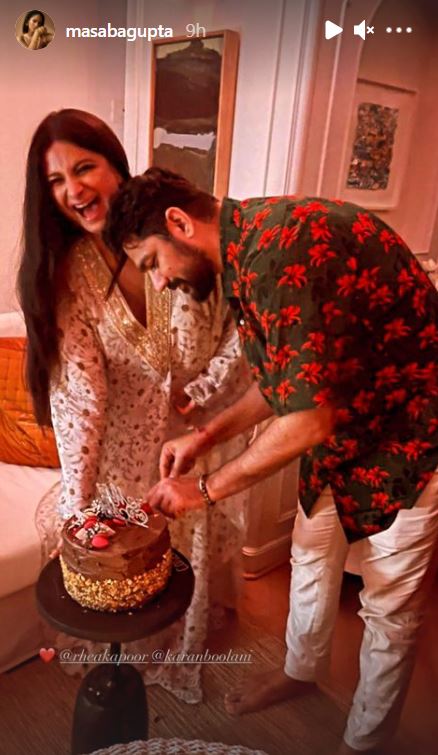 Rhea's cousin Janhvi Kapoor was spotted outside Anil's residence last evening. She kept it casual for the party. She wore a light blue tube crop top and white pants.