Advertisement
HomeBOLLYWOODENTERTAINMENT NEWSSaif Ali Khan reacts to fans' request of doing' Baby’s Day Out' remake with son Taimur Ali Khan, says 'it would be so tiring to do a movie with Tim'

Saif Ali Khan recently shared his views on working in Baby’s Day Out remake with his 4-year-old son Taimur Ali Khan. He was reading out a fan’s comment during an appearance on Feet Up With The Stars.

The fan had written, “Saif is one of the coolest dads in Bollywood. Really want to see him and Taimur in a Baby’s Day Out remake.” In response, Saif said that working with Taimur Ali Khan would be a task. “It would be so tiring to do a movie with Tim. He would be like, ‘I don’t want to shoot anymore’, after a while. It’s difficult to work with children, especially your own. Actually, you could do it. Maybe you could do an amazing movie together,” he said. 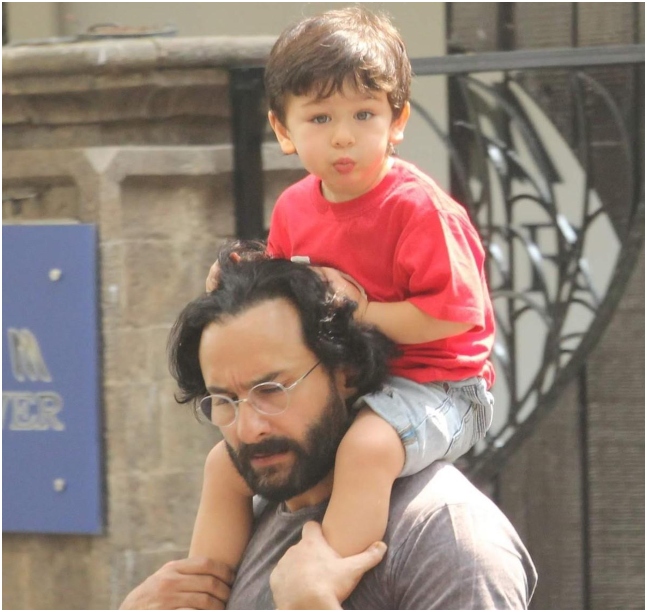 Recommended Read: Saif Ali Khan reveals why he never tried to give a haircut to Kareena Kapoor Khan during the lockdown, says 'I think she would stab me'

Saif tied the knot with Kareena Kapoor Khan on October 16, 2012. They have two sons together - Taimur and Jeh. Saif has two kids - Sara Ali Khan and Ibrahim Ali Khan - from his previous marriage to Amrita Singh.

(Source: Feet Up With The Stars)