Advertisement
HomeBOLLYWOODENTERTAINMENT NEWSLet's just say I am not in the film: Vidya Balan on being offered Bhool Bhulaiyaa 2

Let's just say I am not in the film: Vidya Balan on being offered Bhool Bhulaiyaa 2

Vidya Balan, Akshay Kumar and Shiney Ahuja's Bhool Bhulaiyaa is getting a sequel starring Kartik Aaryan, Kiara Advani and Tabu. Bhool Bhulaiyaa 2 is directed by Aneez Bazmee. Fans of the psychological horror-comedy film have been curiously waiting to know whether Vidya will return as Avni in the second part too. Now, the actress has finally reacted to the same.

Talking to an entertainment portal, Vidya said that she isn't in Bhool Bhulaiyaa 2. She refused to shed light on whether she was offered the sequel. "Let's just say I am not in the film. So I am not going to say anything more," Vidya told. 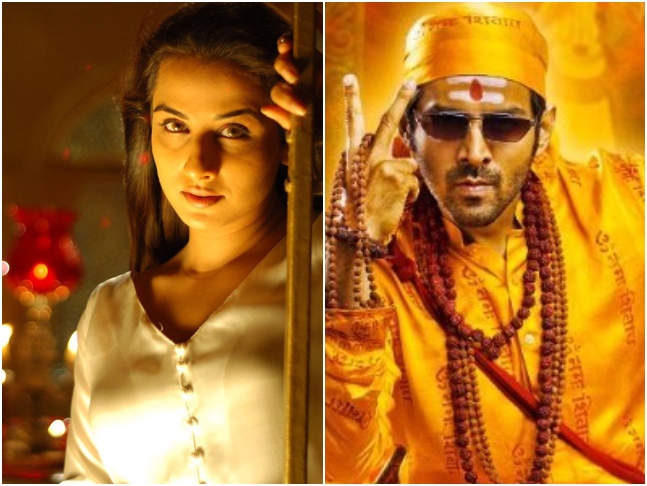 When asked whether Bhool Bhulaiyaa 2 will be as good as the first one, Vidya said, "I think, that would be very unfair to wonder whether it will be able to match. Bhool Bhulaiyaa was great and I think even though they are using the title, Bhool Bhulaiyaa 2 is a completely different film. I'd love to watch it though."

In the Priyadarshan directorial, Vidya played the role of Avni. When she visits her husband's ancestral home in Rajasthan, which is believed to be haunted, Avni gets possessed by the ghost of Manjulika, a Bengali classical dancer. It is later revealed that she suffers from a dissociative identity disorder. Akshay played the role of Dr Aditya Shrivastav, a psychiatrist from the US. Shiney was Avni's husband, Siddharth. Actors like Paresh Rawal, Manoj Joshi, Ameesha Patel, Rajpal Yadav, Rasika Joshi, Asrani, Vikram Gokhale, Jimit Trivedi and Vineeth played important roles in Bhool Bhulaiyaa.