Advertisement
HomeBOLLYWOODENTERTAINMENT NEWSNayanthara to make her Bollywood debut opposite Shah Rukh Khan in Atlee’s next directorial?

Nayanthara to make her Bollywood debut opposite Shah Rukh Khan in Atlee’s next directorial?

Shah Rukh Khan has been on a break from films ever since his Zero released in 2018. However, the actor will soon be seen in YRF’s Pathan that also stars Deepika Padukone and John Abraham, but the film hasn’t been formally announced yet. Another project of SRK that has been in the news is Atlee’s next directorial. The film has been doing the rounds of social media for a while, now the latest reports suggest that film will star Nayanthara opposite Shah Rukh.

Atlee has proved his directorial mettle with films like Bigil, Mersal and others but this will be his maiden Bollywood film. Rumours suggest that the project has been in the making for a year now and the film’s team has started work on the pre-production of the yet-untitled film. The film has been kept tightly under wraps and will be announced at an opportune moment. 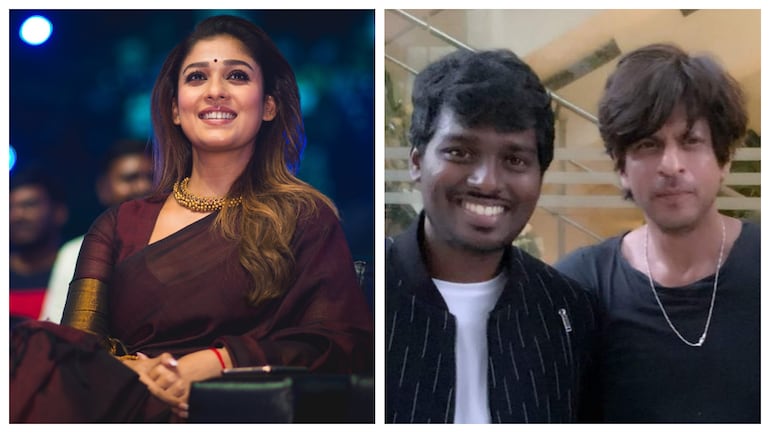 On the other hand, Nayanthara has her hands full with two-film deals signed up with producer SR Prabhu, and films such as Netrikann, Annaatthe and Kaathu Vaakula Rendu Kaadhal in the pipeline already.

If all goes to plan then Nayanthara will debut in Bollywood opposite Shah Rukh and the film is expected to go on floors later this year or early next year.