Advertisement
HomeBOLLYWOODENTERTAINMENT NEWS20 Years Of Lagaan: To assume that I’ve picked scripts only based on messages is wrong - Aamir Khan on selecting issue-based stories like '3 Idiots' and 'Dangal'

20 Years Of Lagaan: To assume that I’ve picked scripts only based on messages is wrong - Aamir Khan on selecting issue-based stories like '3 Idiots' and 'Dangal'

Going down memory lane to talk about Ashutosh Gowariker's Lagaan, one cannot miss the various records it set. From the number of awards it earned to the business it did overseas and of course the fact that it was Indian’s third film — after Mother India (1957) and Salaam Bombay! (1988) to be nominated at the Academy Awards. Remembering the good old days of Lagaan, Aamir Khan recently held a virtual press conference and spoke about how he passed on a social message along with entertainment in Lagaan. However, it is not how the actor selects scripts.

When asked if the actor looks for social messages in scripts before finalizing them, the actor said, "I don’t look for issue based stories because my job is to entertain people. The primary role of cinema is to entertain. When a person buys a ticket and enters a theatre or watches on Netflix or any platform, he is not coming for a lesson on sociology. For that, he will go to college. Why will he come to a theatre or Amazon or Netflix? Because he needs entertainment. I’m very aware of that, I cannot bore you, whatever happens. But if within that, I get the opportunity and a story comes my way which is also saying something very important, then I jump at it. Dangal, Lagaan, 3 Idiots - stories like that. They’re saying something very important but also entertaining people. 3 Idiots is not only giving you gyaan, it’s actually entertaining people." 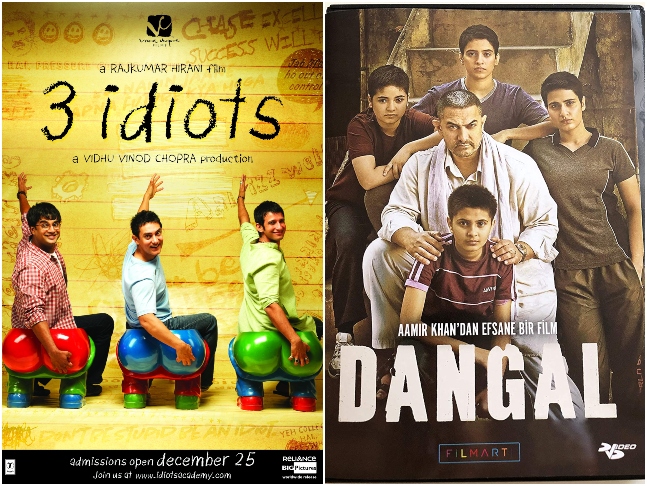 Recommended Read: 20 Years Of Lagaan: 'Karan Johar & Aditya Chopra advised me not to shoot film in single schedule and sync sound, now they are following the same,' quips Aamir Khan

Talking about his attempt to entertain people, Aamir further said, "My attempt as an entertainer is to entertain, that’s my primary responsibility. However, I’m aware that because of the position I’m in, if I choose films which are not only entertaining but they also have something important to say, it’s sone pe suhaga (cherry on the cake). When I select a film like Delhi Belly, why am I selecting it? Because it’s funny and entertaining. Is it giving a message? No, but I also like mad humour."