Raj Kundra made headlines recently after his ex-wife Kavita's controversial interview terming Shilpa Shetty a home breaker went viral. The businessman, in an interview, stated Kavita had cheated on him with his sister's husband. He also addressed the aftereffects of Kavita's interview that was taken in 2009. Days after this, Shilpa shared a page from a book that spoke about 'shared suffering'. She posted the cryptic note on her Instagram stories.

The text in the picture read, "Goodness does not exist in isolation. Every act of goodness contributes to a greater good. Similarly, when any act of goodness is delayed or thwarted, we all suffer. Sometimes we see or hear about bad things being done to good people, and we don't do anything because the events seem so far away or disconnected from us. But when a good person is attacked, injured, arrested, jailed, tortured, or killed anywhere in the world, we are all diminished- and we are all a little less safe." 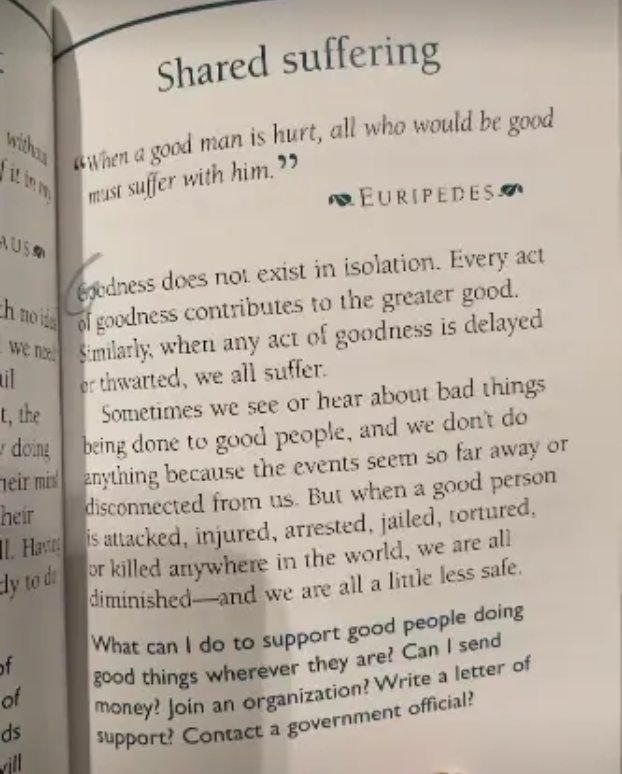 Recommended Read: Shilpa Shetty upset with Raj Kundra after he reveals his ex-wife Kavita had an affair with his sister’s husband

In a tell-all interview, Raj revealed Kavita was having an affair with his sister Reena Kundra's husband. According to reports, the businessman gave a lot of money to Kavita to write a letter that stated that Shilpa was not involved or responsible for their divorce. Raj shared that he hasn't been able to meet his daughter who was just 40 days old when the couple parted ways.

He further said that Shilpa didn't want him to talk about the viral video but he just couldn't take it anymore. "Shilpa didn’t want me to speak when I sent her the old articles going viral again. The timing of these articles, days after her birthday going viral again, upset me. Enough was enough. Shilpa is upset I spoke my heart out, but the truth had to come out," Raj said.