Advertisement
HomeBOLLYWOODENTERTAINMENT NEWSFans around the world keep calling, each one mentions how much they loved him: Sushant Singh Rajput's father on life after the actor's demise

Since June 14, 2020, Sushant Singh Rajput's family is living a completely different life. The actor, 34, passed away unexpectedly by hanging himself in his Mumbai apartment. From court cases to NCB trials, a lot changed for those who knew Sushant. Now, as Sushant's 1st death anniversary is approaching, his bereaved father Krishna Kishore Singh spoke to an entertainment portal about life after his son.

The septuagenarian father of Sushant mostly keeps to himself, said the report. Currently residing in his Patna home, Krishna Kishore Singh refuses to meet fans and well-wishers who gather in front of his house to offer condolences, say a small prayer for Sushant or just see the place where their on-screen hero grew up. Singh, who is survived by his 4 daughters, told the portal that fans across the globe call and send him messages. "The messages and calls on Facebook are mostly from women and girls. People in the US, UK, Mauritius, Pakistan, in fact, from all over the world keep calling. Some people from the overseas call at 1:30 am IST," he told. 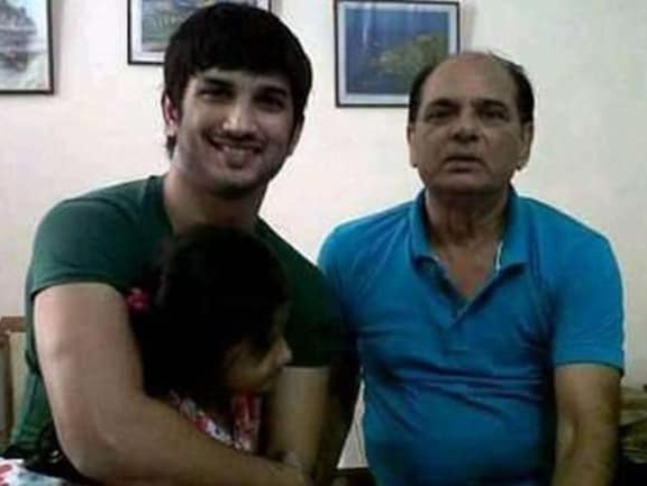 Recommended Read: Delhi HC rejects Sushant Singh Rajput’s father’s plea against the release of ‘Nyay: The Justice’, reportedly based on the life of the actor

He further added, "They usually have just one message to me: ‘take good care of yourself.’ Each one mentions how much they loved him (Sushant). I cannot take all these calls. And I cannot meet everyone who visits me. I politely decline."

Born to Krishna Kishore Singh and late Usha Singh, Sushant was the only son among 4 daughters. Fondly addressed by the name of Gulshan, he was pampered by his elder sisters. And the proof is their social media accounts.