Shefali Shah is regarding as one of the finest actresses in Bollywood. She was last seen in Karan Johar's Netflix anthology Ajeeb Daastaans. A while ago, Shefali decided to connect with her fans on Instagram and hosted an AMA session. One follower asked Shefali about the films rejected by her that went on to become blockbusters.

Sharing the question on her Instagram stories, Shefali revealed she turned down Sonam Kapoor Ahuja's Neerja (2016) and Kapoor & Sons (2016) among many others. Neerja, directed by Ram Madhvani, went on to win 2 awards at the 64th National Film Awards including Best Feature Film in Hindi and Special Mention for Sonam. Shakun Batra's Kapoor & Sons also received critical acclaim. 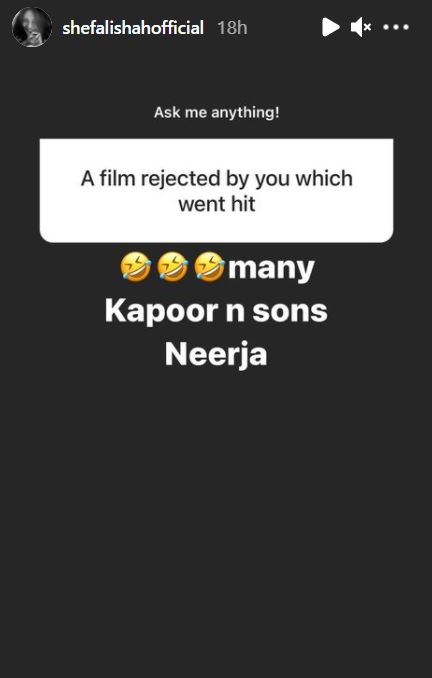 Shefali further revealed her script selection process. Answering a fan, she said, "What really hits me in my heart and gut, I will do it." When a fan asked her for tips on acting, the actress said, "Everyone makes their own path and learning. In fact, I am still learning myself. What tip I will give to someone. I absolutely have no tips."