Advertisement
HomeBOLLYWOODENTERTAINMENT NEWSTulsi Kumar and Darshan Raval reunite for new single ‘Is Qadar’; Yo Yo Honey Singh and Singhsta are back together with new party anthem ‘Modern Ranjha’

Tulsi Kumar and Darshan Raval reunite for new single ‘Is Qadar’; Yo Yo Honey Singh and Singhsta are back together with new party anthem ‘Modern Ranjha’

Music lovers rejoice as new soundtracks have been released for them to listen and groove to. Tulsi Kumar and Darshan Raval are teaming up again for a new melodic single Is Qadar whereas Yo Yo Honey Singh and Singhsta are back with a new track titled Modern Ranjha. Music sensations Tulsi Kumar and Darshan Raval, who have several chartbuster singles in their kitty, are back together for their second collaboration together Is Qadar. Presented by Bhushan Kumar’s T-Series, the track reunites the young pop icons after the huge success of their last song Tere Naal. Penned by Sayeed Qadri and composed by Sachet-Parampara of Bekhayali fame, who last worked with Tulsi Kumar on her chartbuster single Tanhaai that crossed over 100+m views on YouTube, Is Qadar is a soft, melodious love song, seasoned with a qawwali flavour that will make listeners reminisce the feeling of falling madly in love. Featuring in the music video directed by Arvindr Khaira, Tulsi Kumar and Darshan Raval are all set to break barriers with this track which proves that love has no boundaries.

Considering this as their actual first song they shot together, Tulsi Kumar says, “Honestly even if Tere Naal was our first single together, we didn’t record the song together or even shoot the video together. The song was shot during the lockdown, but after the love we received for Tere Naal, we were keen to do a song together yet again for our fans .This time around we actually met and shot for Is Qadar together in Shimla - A story of Love beautifully captured by our director Arvindr khaira .Is Qadar’ will be an entirely different experience for audiences – It’s a beautiful story that captures the joy of falling madly in love and proves love has no reason or boundaries.”

Speaking about the song and collaborating with Tulsi, Darshan Raval adds, “I’m glad this time around we actually got to shoot the video together and the story by Arvindr is so beautiful and heart touching. Our individual sounds really complement each other and we hope to touch people’s hearts with this melodious track that’s brilliantly put together by Bhushan sir and T-Series.” The love song will soon be out on T-Series YouTube channel.

Party with Singhsta’s ‘Modern Ranjha’ ft. Yo Yo Honey Singh 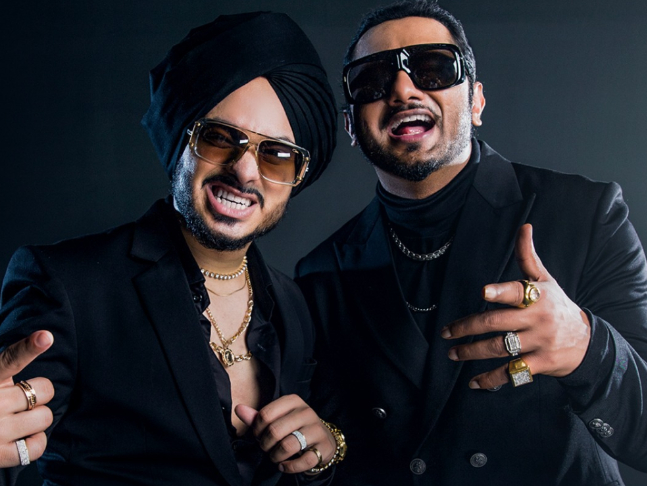 After chartbusters like Makhna and Billo Tu Agg, Singhsta and Yo Yo Honey Singh are back with Modern Ranjha presented by Anshul Garg's Desi Music Factory. Among those who changed the game in the Punjabi pop music culture, Singhsta has fans excited with this R&B track that boasts of a fresh acoustic arrangement. Composed and written by Singhsta, Modern Ranjha with its fun lyrics and up-tempo beats promises to have the Gen-X crowd on their feet. The cool contemporary video directed by Mihir Gulati, features Singhsta and Vishakha Raghav, with a special appearance by Singhsta's mentor Yo Yo Honey Singh!

Talking about the song Singhsta says, "Modern Ranjha is a track the youth will complete relate to. From the lyrics, to the tune, to the music video, it has a very fun, chill vibe to it - you can listen to it at a party or while driving in your car and the song will just grow on you." Anshul Garg's Desi Music Factory presents Singhsta's Modern Ranjha. The song is out now on Desi Music Factory's YouTube channel.