Taimur gets a Mahashivratri-special makeover on the auspicious festival

Saif’s and Kareena’s adorable munchkin Taimur once again lit up the internet with his latest picture. On the occasion of Mahashivratri, Taimur was clicked by the paparazzi with the third eye of Lord Shiva painted on his forehead. While he was casually dressed in jeans and a T-shirt, his hair was tied in a little ponytail on top of his head. Naturally, he looked immensely cute and his pictures soon went viral on social media. 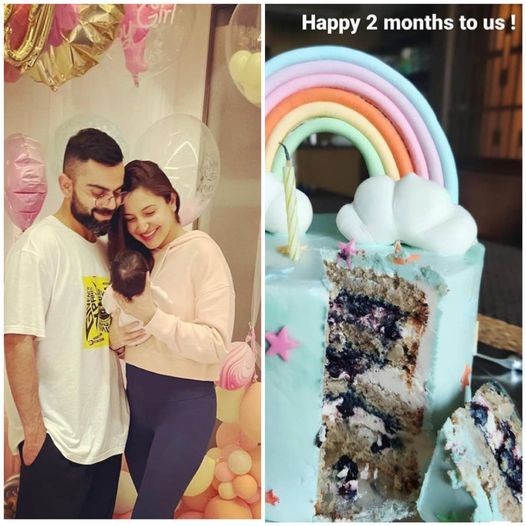 Anushka Sharma and Virat Kohli welcomed their first child, daughter Vamika Kohli on January 11. Today, the actress took to Instagram Stories to share a glimpse from Vamika’s two-month anniversary. Sharing a picture of the multilayered cake with blue icing, rainbow, clouds and two candles, she wrote, “Happy 2 months to us.”