The entire world is celebrating International Women's Day today (March 8). The day is to commemorate women from various walks of life. On this special occasion, Bollywood actresses Rani Mukerji, Anushka Sharma and Anupria Goenka have spoken about working in the industry, their careers and much more.

Power is with the women to change the perception about how women are represented: Rani Mukerji

Rani Mukerji needs no introduction. She has won over the audience as well as critics with her body of work in Bollywood for several years. The actress, on International Women's Day, said in a statement, “In my journey in the Hindi film industry, I have realised that the power is with the women to change the perception about how women are represented in every aspect of film-making. We have to support each other, root for each other and empower each other so that the road is smoother for others who want to make a name for themselves in the male-driven industry. We have to celebrate each other and our successes collectively to ensure that we are all heard all the more.”

Rani’s body of work is legendary in the history of Indian cinema. She considers herself fortunate to have got the opportunity to bring these fantastic women to life. Rani added, “As an artiste, I have been fortunate enough to play some really fantastic self-reliant women on screen and live their inspiring stories closely. Like me, many actresses over generations have tried to change the conversation about how women are portrayed on screen. I’m blessed that through my films I was given an opportunity to change the conversation of female representation in India.” Rani’s last two films Hichki and Mardaani were runaway hits. She wants to continue finding such brilliant scripts so that she can represent women well on screen. She shared, “I have throughout my career made conscious decisions to portray strong women characters on screen who led by example for society. I have chosen to play women characters who can command respect, because of their uninhibited life choices. Going forward too, I will be inclined to pick projects that have a powerful story to tell through the eyes of a bold, upright woman who doesn’t fear voicing her opinions and is confident about being herself.”

I felt could contribute towards changing the portrayal of women on screen!: Anushka Sharma

Anushka Sharma started her journey in Bollywood as an actress with Rab Ne Bana Di Jodi (2008). In 2013, Anushka and her brother Karnesh Ssharma established their own production house named Clean Slate Filmz. The actress-producer, who had two super successful projects on the OTT- Paatal Lok (Series) and Bulbbul (Film), is indeed ruling the industry.

In a statement on International Women's Day, Anushka said, "Our films have the power to impact change and if done correctly, films can also condition people to make them determine between what is right and what is wrong. By being clear about how we will portray women in cinema, we can alter the mindset of people towards how they perceive women and shatter age-old, regressive beliefs, customs and traditions." She added, "I think I have been conscious enough to select roles and films that I felt could contribute towards changing the portrayal of women on screen. It took a lot of self-belief for me to do this as an actor and then as a producer because I was somehow swimming against the tide and challenging the notion of how women were so far portrayed on screen."

For Anushka, this decision liberated her as a performer and a producer as she decided to focus on changing the mindset of audiences towards how they see women on screen. Anushka added, “It was liberating for me to stand up and do this for myself. I was done seeing myself as an accessory and I vowed that as a producer I will also not allow any woman to be portrayed regressively. So, my film choices and then my productions are a testimony to the fact that I’m committed towards sparking a conversation in society about equality, self-respect and empowerment.”

'Through my work, I want to highlight the issues that continue to affect women even today,' says Anupria Goenka

Anupria Goenka is known to be a strong voice for gender equality and women empowerment. In 2020, the actress played a key role in the web show Criminal Justice: Behind Closed Doors. For Anupria, telling stories that can start a dialogue is her responsibility as an artist.

Talking about it, she said, “Through my work, I want to highlight the issues that continue to affect women even today. In Criminal Justice: Behind Closed Doors, I played a lawyer where I am dealing with the shadow pandemic of domestic abuse and violence. The Covid-19 pandemic and lockdown saw a dramatic rise in these cases. Domestic abuse is still a very hush-hush issue. No one talks about it because it happens behind closed doors.” 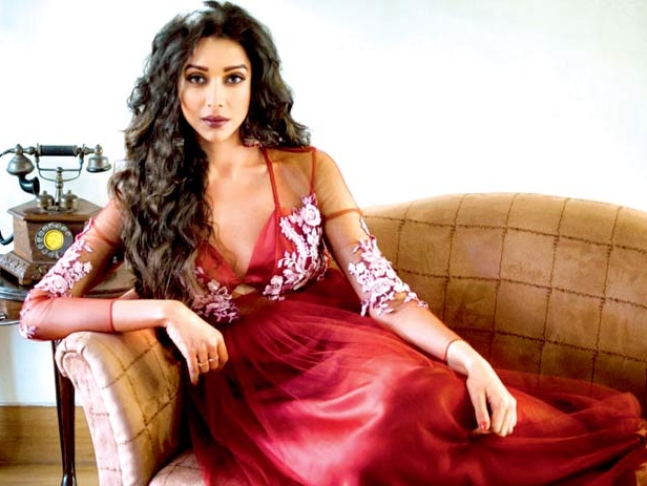 On Women’s Day, Anupria wished that all families teach their young boys to respect women and see them as equals. “It is quite ironical that at a time when we have women at power positions, many of us are still denied our basic rights and equal opportunity is still a myth which is why pay disparity continues to be a burning issue,” she says, adding, “What bothers me is that women are judged on the basis of how they dress and how they speak, be it in personal or professional circles. If we don’t adhere to society’s definition of morality, we are called all sorts of names and are accused of sending out signals to invite men.”

The actor urged everyone to do their bit in spreading awareness and do their bit in creating a society that gives respect and opportunity to both men and women. “I have begun creating awareness on my social media where I share mine and other women’s personal experiences related to gender discrimination. I want to be instrumental in bringing about a shift in people’s mindsets. Whenever the small outfits run by women approach me to promote their work, I do my bit to encourage women’s agency and spirit," Anupria shared.