Advertisement
HomeBOLLYWOODENTERTAINMENT NEWSSidharth Malhotra gives a sneak peek at his character from the sets of ‘Mission Majnu’, bids welcome to Rashmika Mandanna as she joins shoot in Lucknow

Sidharth Malhotra’s and Rashmika Mandanna’s upcoming espionage thriller Mission Majnu is one of the most anticipated films. The film is the Bollywood debut of Southern sensation Rashmika. The RSVP and Guilty By Association production is currently on the floors and it has been trending in the news since its announcement. As Rashmika joined the sets today in Lucknow, Sidharth took to Instagram to share a glimpse of his character from Mission Majnu.

Taking to Instagram Stories, Sidharth shared a glimpse of his character sporting a moustache and also bid welcome to Rashmika as she joined the sets today. The film is based on India's most ambitious covert operation on Pakistan’s soil and sees Sidharth play a RAW agent. As Rashmika joins the team, the producers and Sidharth bid her welcome on the sets of the film. 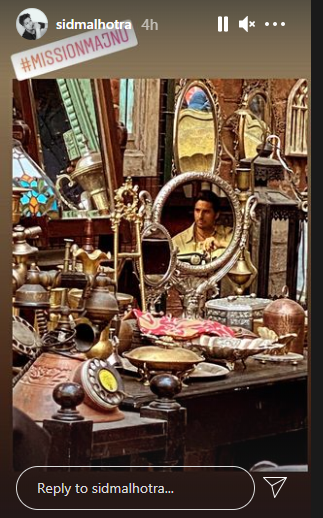 On the other hand, Rashmika will be seen essaying a pivotal role in the film. About kicking off the shoot, Rashmika says, "Mission Majnu has given me the opportunity of feeling the nervousness, excitement and butterflies of a debutante all over again. I am thrilled to be a part of such amazing content and I am really looking forward to this exciting journey with RSVP, Guilty By Association, Siddharth, Shantanu and the entire team."

Ronnie Screwvala, Producer, RSVP said, "We welcome Rashmika aboard and we're glad to have kicked off the Lucknow schedule as planned. I think the audience will be thrilled to watch her debut with an espionage thriller. It is a story  set in an era that saw intriguing developments in the world of espionage and Rashmika will lend freshness to the story." 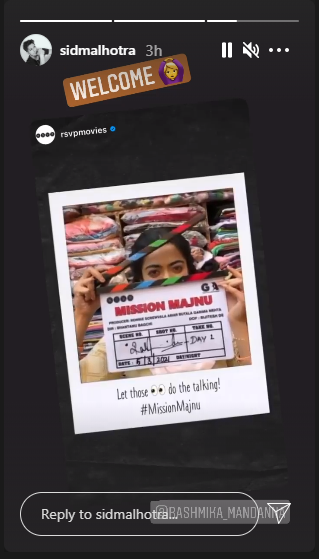 Amar Butala, Producer, Guilty By Association says, "The entire team is very thrilled to have Rashmika on board. She brings an energy that is unique to her and we're all putting our best foot forward to make Mission Majnu a big-ticket theatre experience. There's so much excitement around her Hindi debut that it feels great to work around it."

Garima Mehta, Producer, Guilty By Association says, "An exciting chapter has begun with Rashmika kicking off the shoot in Lucknow. Her performances in South Indian films have earned her recognition and popularity across India. We rest assured knowing that the cast will most definitely elevate the storyline." 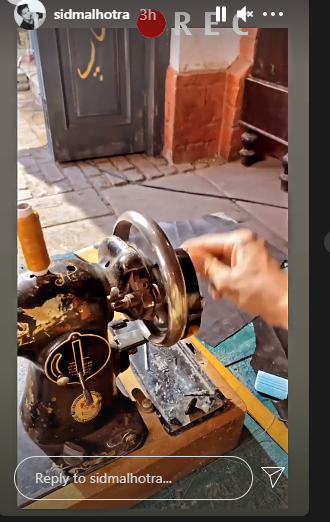 Krushna Abhishek opens up about his ongoing feud with Govinda, says 'we are family, we will talk and solve things'

Madhuri Dixit mourns the demise of Kathak maestro Birju Maharaj, says 'he was my guru but also my friend'

21 years of laughter: Twinkle Khanna wishes Akshay Kumar on their wedding anniversary with the quirkiest post

After Pushpa's success, Hindi version of Allu Arjun's Ala Vaikunthapurramuloo to release in theatres on January 26