Advertisement
HomeBOLLYWOODENTERTAINMENT NEWSJP Dutta’s and Bindiya Goswami’s daughter Nidhi Dutta all set to tie the knot with Binoy Gandhi at the same venue as her parents; first pics out

Veteran actress Bindiya Goswami and filmmaker JP Dutta will get to revisit their wedding, thanks to their daughter, producer Nidhi Dutta who is all set to tie the knot with filmmaker Binoy Gandhi on March 7. Nidhi will be getting married at the same place on the Rambagh Palace grounds in Jaipur as her parents. The first pictures from the wedding festivities that are underway are out now.

Bindiya, who has conceptualized all the ceremonies including the mehendi, sangeet and haldi said, “I’ve been preparing for this day since last March when we finalised the venue and visited Rambagh. The theme of every function has a meaning and is extremely close to our hearts. For example, the theme for the mehendi ceremony is ‘Krishna Ki Chhavi’. It’s an ode to my side of the family, as my father is from Gokul (Mathura). The sangeet is based on our favourite place in London — Annabels. It’s a members-only club, which is known for its beautiful and whacky decor.” 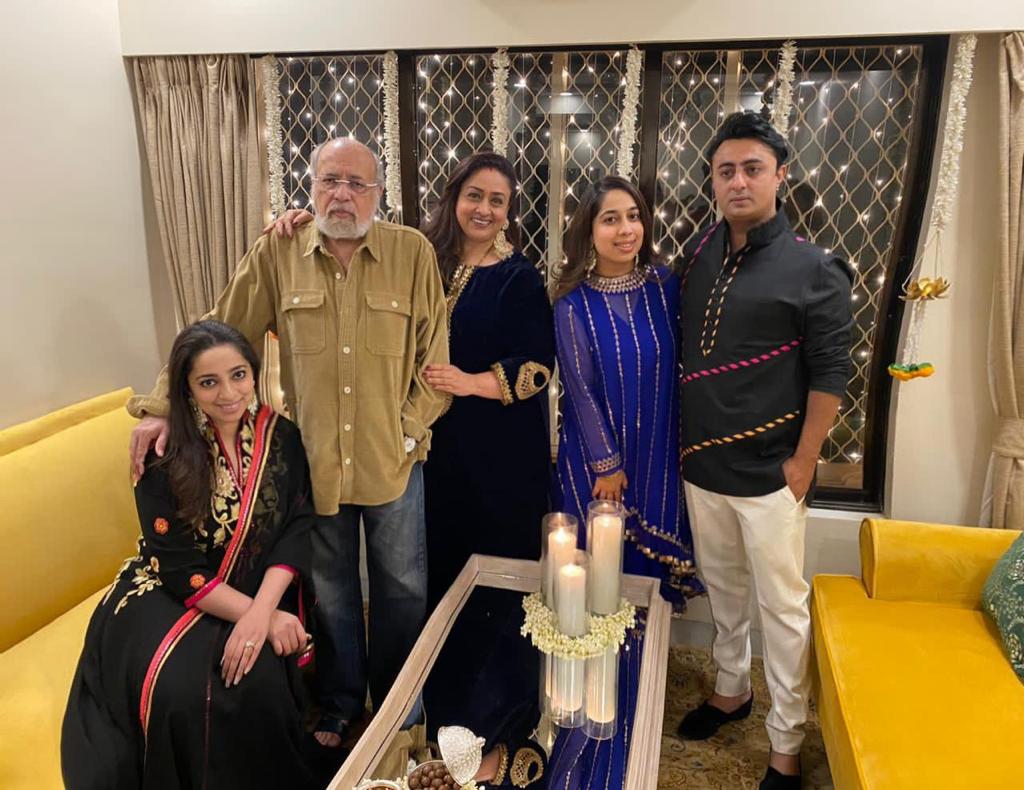 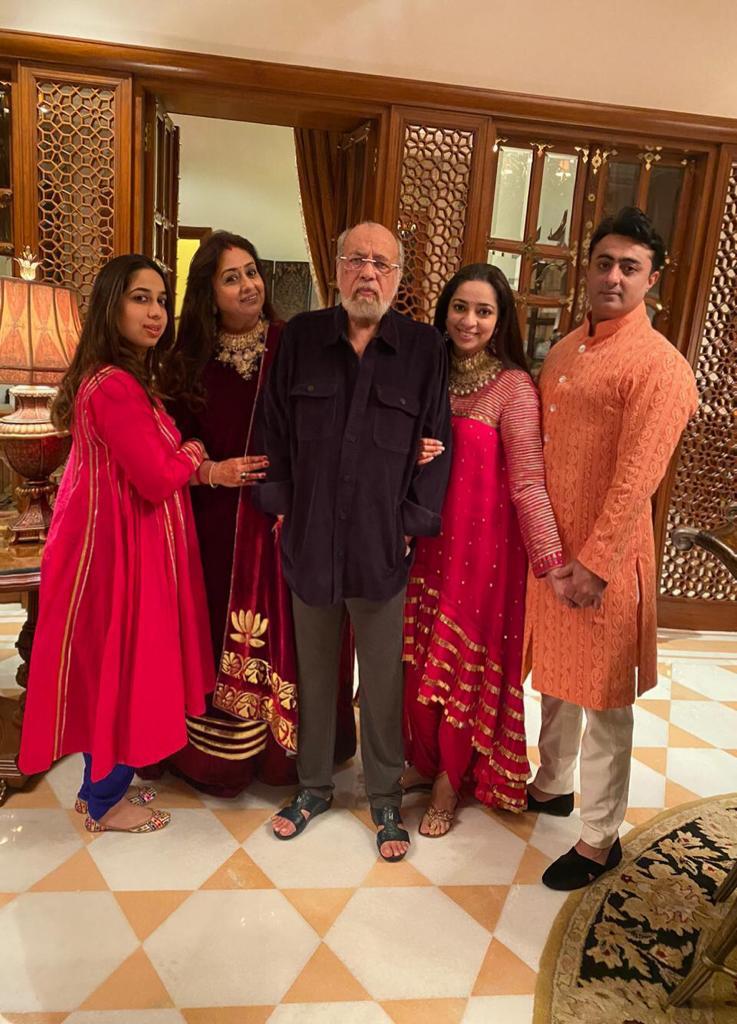 She further elaborated and said, “Every function has a theme colour as well. The colour code for haldi is called ‘Marigold Speech’, as people have to be dressed in shades of saffron. While it’s ‘Hues of Gold’ for the wedding, one can wear anything ‘Ostentatiously Indian’ for the sangeet. So yes, it’s going to be a lot of fun,” the bride’s mother adds. What about the big day? She replies, “The wedding venue is truly special, as it is where JP and I decided to be together forever. Our journey started on those lawns and now, our baby is beginning her love story at the same place. We have called it the ‘Garden of the Gods’, because we want all our Gods to bless the young couple.” 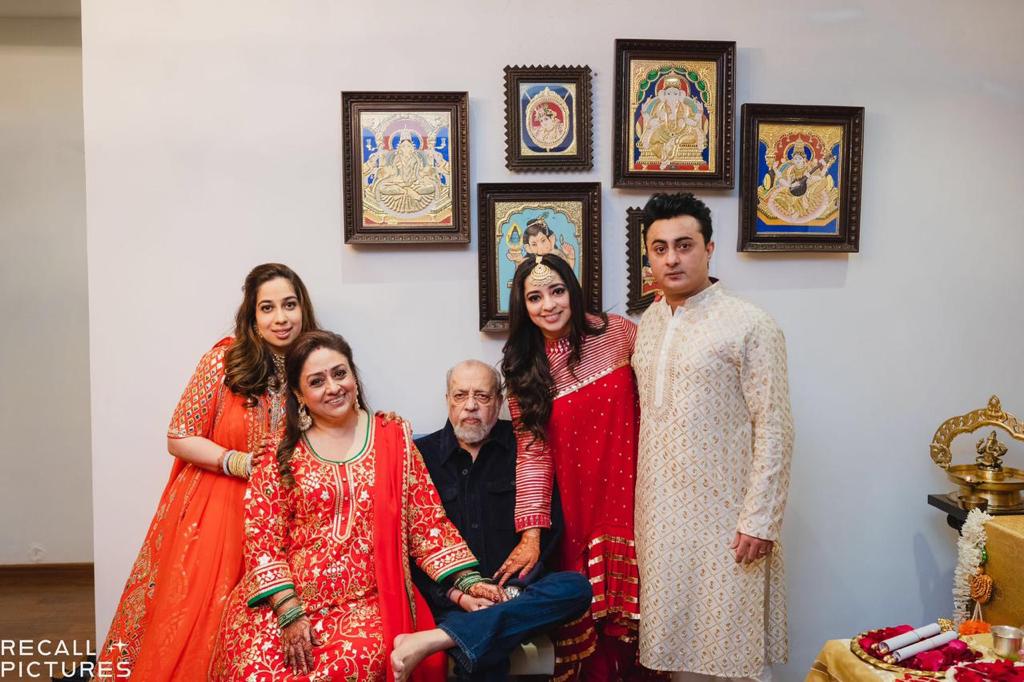 Bindiya will also be performing at the sangeet with her daughters Nidhi and Siddhi. 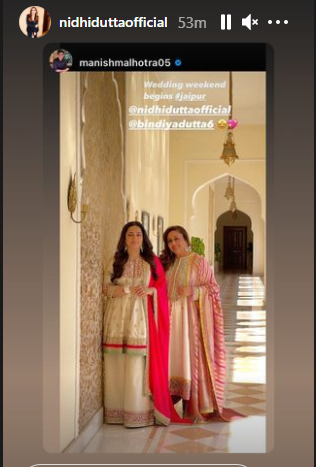 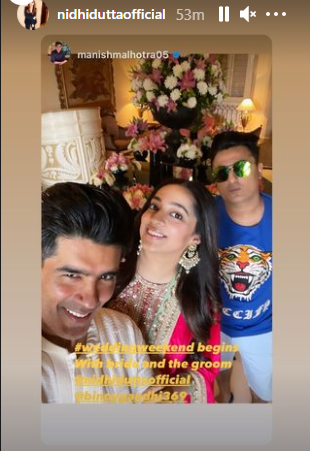