Advertisement
HomeBOLLYWOODENTERTAINMENT NEWSThere are some people who expect you to be as good as your mum: Janhvi Kapoor on dealing with comparisons with mother Sridevi

Janhvi Kapoor, who made a smashing debut in July 2018 with Shashank Khaitan's Dhadak alongside Ishaan Khatter, became one of the most promising debutantes. However, the actress, just like her contemporaries is often under the scanner of comparisons. Recently, talking to Deadline, Janhvi talked about her family's legacy and if that adds on any extra pressure.

Opening up on the pressure she faces for her family's film lineage, the actress said she likes to look at it as an incredible blessing. When asked if she feels extra pressure, Janhvi said, "That’s one way to look at it, but I like to look at it as an incredible blessing and responsibility. I have access to filmmakers and actors who have so much experience. There are a lot of comparisons and expectations but there’s also a lot of good will. There are some people who expect you to be as good as your mum was (the late actress Sridevi) but there are other people that love your mother and father so much they’ll accept you right off the bat. There are two sides to every coin and you have to make of it what you can." 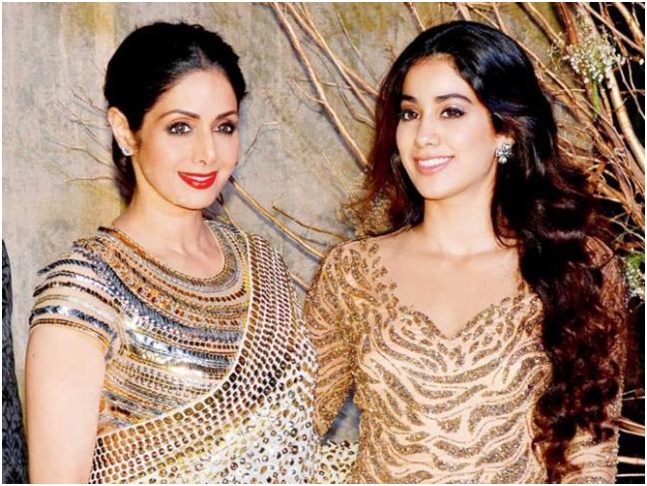 Recommended Read: When they own you like they owned my mom, you feel you belong to them: Janhvi Kapoor hopes to get the same love and acceptance from audience as mother Sridevi

On her upcoming projects, Janhvi said, "I’m flying to Punjab to resume shoot on a thriller comedy, Good Luck Jerry, and then after that I will resume the comedy sequel Dostana 2."

On the work front, Janhvi was last seen in the digitally-released film Gunjan Saxena: The Kargil Girl. The actress will be soon seen in Roohi opposite Rajkummar Rao and Varun Sharma.