Priyanka Chopra Jonas' memoir Unfinished, that released on February 9, takes readers from her childhood in India, where she was raised by her grandparents and her parents -- two army doctors committed not only to their children but to their careers and to philanthropy - before being sent away to a boarding school at an early age; through her formative teenage years in the US living with her extended family in the Midwest (Cedar Rapids and Indianapolis), Queens, and suburban Boston, where she endured bouts of racism; to her return to India, where she unexpectedly won the national and global beauty pageants (Miss India and Miss World) that launched her acting career.

Amongst millions of people, Priyanka's husband Nick Jonas is also super impressed with her book. On Thursday, Nick shared a post asking for an autographed copy of the book. Priyanka of course, happily agreed. Sharing a picture on Instagram Stories of him holding a copy of the book, Nick wrote, "Lets get it @priyankachopra." Written below was "can you please sign this for me". Sharing the same picture on her Instagram Stories, Priyanka wrote, "Hahaha babuuuu! I love you and yes yes yes! @nickjonas." 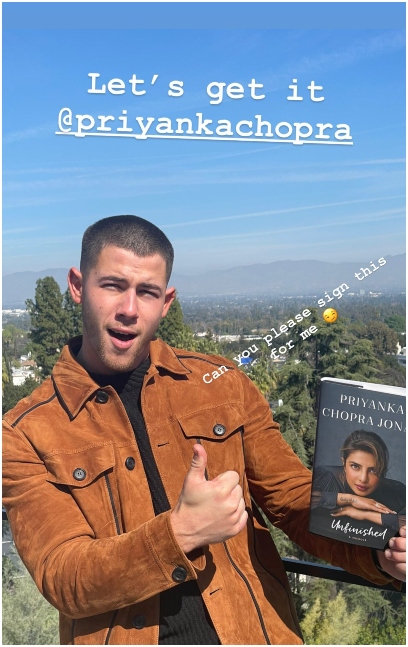 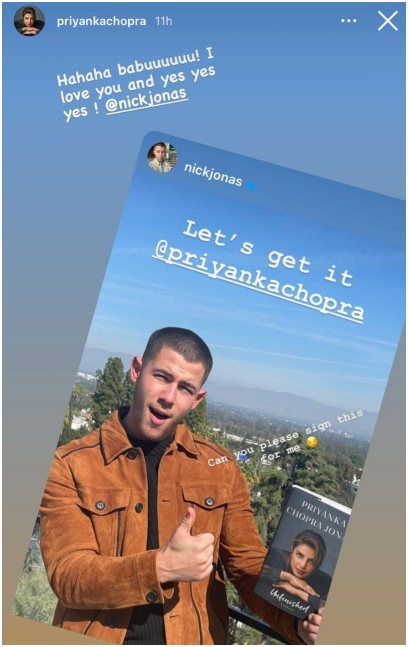 Recommended Read: Priyanka Chopra Jonas shares an unseen photo of her 'Griha Pravesh' ceremony with Nick Jonas in her memoir 'Unfinished', says 'we made the best of it'

Not only her life lessons, but Peecee's book also includes many family photos and images of some other important moments from the actor's life. One photo that took the Netizens' attention recently from the book showed a glimpse into Priyanka's 'griha pravesh' ceremony, with husband Nick, at their Los Angeles home.

From her dual-continent 20-year-long career as an actor and producer to her work as a UNICEF Goodwill Ambassador, from losing her beloved father to cancer to marrying Nick Jonas, Priyanka's story will inspire a generation around the world to gather their courage, embrace their ambition, and commit to the hard work of following their dreams.