Advertisement
HomeBOLLYWOODENTERTAINMENT NEWSPakistani actress Zeba Bakhtiar 'absolutely devastated' after Rajiv Kapoor's demise, says 'my memories with him are all of delightful times, fun and laughter'

Pakistani actress Zeba Bakhtiar 'absolutely devastated' after Rajiv Kapoor's demise, says 'my memories with him are all of delightful times, fun and laughter'

Bollywood actor Rajiv Kapoor passed away at the age of 58 on Tuesday after suffering a cardiac arrest when he was with his family members for a meeting. His sister-in-law Neetu Kapoor posted a picture of the actor on social media and she wrote, "RIP" as she confirmed the news.

Soon after, several condolence messages poured in as friend from the industry remembered their beloved Chimpu ji, Now, Pakistani actor Zeba Bakhtiar, who starred in Henna, has reacted in a state of shock after learning about the tragic news of Rajiv's demise. Henna was produced by Rajiv.

Speaking to a leading daily, Zeba said, "I’m absolutely devastated to hear this sudden, very tragic news, I just don’t know what to say. I’m in touch with Daboo (Randhir), who has been through so much these past few years, losing his dear mother and siblings. Recently I was not in touch with (Rajiv) Chimpu directly but asked about him and Daboo always said that he was fine." 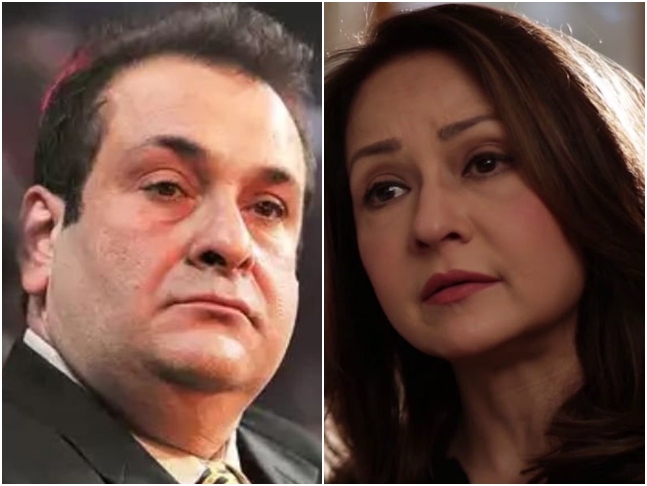 Recommended Read: 'There will not be a chautha held for late Mr. Rajiv Kapoor for safety reasons,' informs niece Kareena Kapoor Khan

Recalling times spent together in 1991 while making their film Henna, Zeba continued, "Rajiv Kapoor, Chimpu, as everyone around him called him, was an adorable person, he was very sweet, sensitive and kind. We spent a lot of time together during the production of ‘Henna’ and had some great times. He had a wonderful sense of humour like all the Kapoors do, my memories with him are all of delightful times, fun and laughter.”

Rajiv Kapoor's last rites were performed last evening as his mortal remains were shouldered by nephews Ranbir Kapoor, Aadar Jain and Armaan Jain. To pay their last respects to the late actor, the Kapoor clan including Alia Bhatt, Tara Sutaria and Shah Rukh Khan was present at the Kapoors' Chembur house.