Advertisement
HomeBOLLYWOODENTERTAINMENT NEWSPriyanka Chopra Jonas decodes the meaning behind her and Nick Jonas' identical tattoos, says ‘we got it to celebrate our first engagement anniversary’

Priyanka Chopra Jonas decodes the meaning behind her and Nick Jonas' identical tattoos, says ‘we got it to celebrate our first engagement anniversary’

Priyanka Chopra Jonas and Nick Jonas are couple goals for many youngsters. Ever since they got married in 2018, fans aren't able to stop gushing over them. Now, in the latest interview with a magazine, Priyanka revealed the meaning of their identical tattoos. The global star revealed that on their first engagement anniversary, they got similar tattoos done and the meaning will prove that they are made for each other!

"When we got engaged, Nick told me I checked all his boxes. So on the one-year anniversary of our engagement, we got matching tattoos to celebrate that: mine behind my ears, his on his arm – it’s a check on one side and a box on the other," Priyanka told. She shared the picture of her tattoo with the magazine. 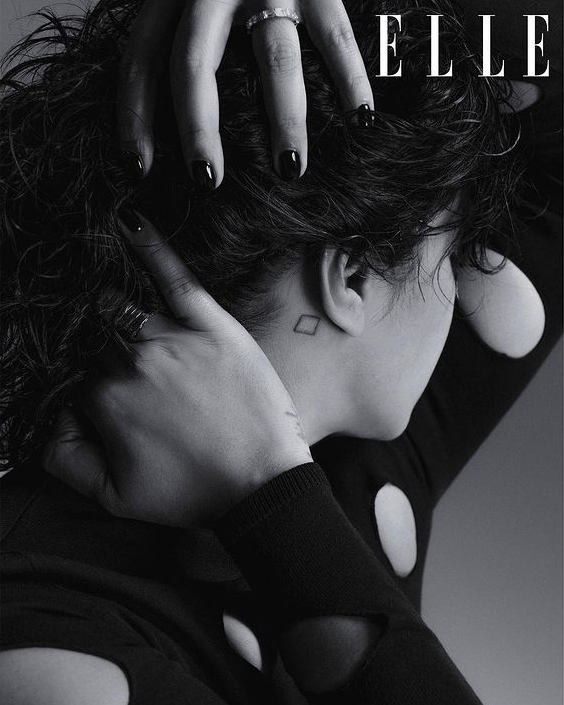 Recommended Read: Nick Jonas believes wife Priyanka Chopra will become the 'first Jonas to win an Oscar' for her performance in The White Tiger

On their second engagement anniversary, Priyanka shared a mushy picture with Nick and wrote, "To the greatest joy of my life. 2 years ago on this day you asked me to marry you! I may have been speechless then but I say yes every moment of everyday since. In the most unprecedented time you made this weekend so incredibly memorable. Thank you for thinking of me all the time. I am the luckiest girl in the world! I love you @nickjonas"