Advertisement
HomeBOLLYWOODENTERTAINMENT NEWSBoney Kapoor calls SS Rajamoul's RRR's clash with 'Maidaan' unethical, says 'it only shows that there is no brotherhood existing'

Boney Kapoor calls SS Rajamoul's RRR's clash with 'Maidaan' unethical, says 'it only shows that there is no brotherhood existing'

Even as cinemas are fully to become profitable ventures once again in the post-lockdown scenario, two of the biggest releases this year are already lined up for a box office clash that could dent prospects of an already suffering film trade. The much-hyped RRR and Maidaan have both been confirmed for an October 13 release this year.

RRR is a directorial venture of Baahubali-famed SS Rajamouli and the film stars Ram Charan, Jr. NTR, Alia Bhatt and Ajay Devgn. The film, rumoured to be riding a budget of over Rs 450 crore, is slated to releases in Telugu, Hindi, Tamil, Kannada, and Malayalam languages. Maidaan is a biopic of legendary football coach Syed Abdul Rahim. Starring Ajay Devgn, the film is directed by Amit Sharma and is slated to release in Hindi, Tamil, Telegu and Malayalam languages. 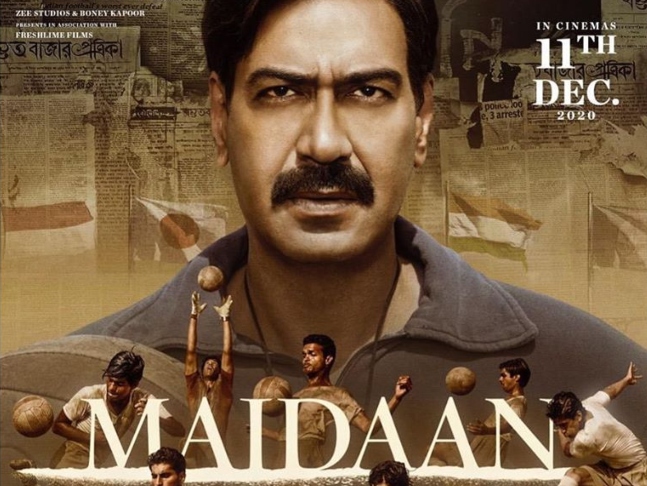 Talking about the big clash, Maidaan producer Boney Kapoor told IANS, "When the call of the film industry should be to stand by each other, because of the rough time that we are going through due to Covid-19, a date clash of two big multi-lingual films, is the last thing that we could expect. I announced my release date of 'Maidaan' much much earlier and the release date of 'RRR' is decided yesterday. Wasn't it an ethical thing to have a talk with me for the makers (of RRR) before the announcement they made? Exhibitors will suffer, as the audience will get divided on opening (day). We have to give space to each other so that we can optimise the numbers in a possible way. From outside, it only shows that there is no brotherhood existing among each other."

Boney claimed he had called Rajamouli regarding the matter. "I did call him and he explained to me that deciding the release date was in the hand of the producer. I am a producer and I know that when we take a call, we discuss with the director, lead actor and other team members first." 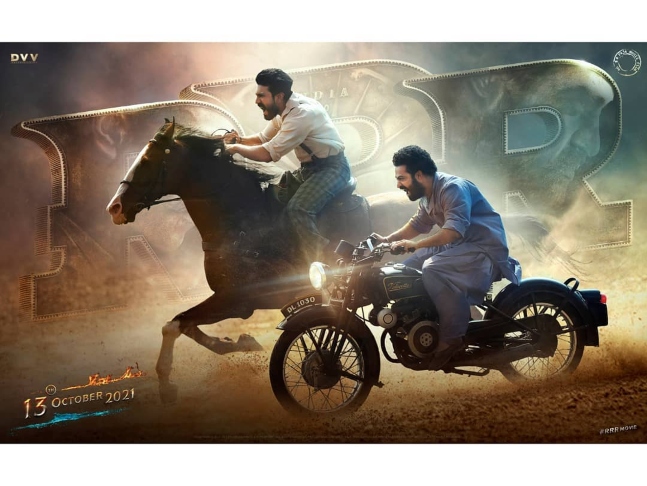 Considering Ajay Devgn is a lead actor in both films, was he consulted and did he try to resolve the matter? "Ajay got to know about the date clash and he suggested to the makers (of RRR) to have words with me because my date was announced much earlier. But nobody made a call to talk to me. Rather, I called up Rajamouli to find a way so that both the film found space. But his response was a mere formality," Kapoor claimed.

However, Kapoor himself is in no mood to reschedule Maidaan. "I have all the reason to hold my ground because we announced our date first," Kapoor declared. It has been said that Kapoor announced the release date of Maidaan six months ago. 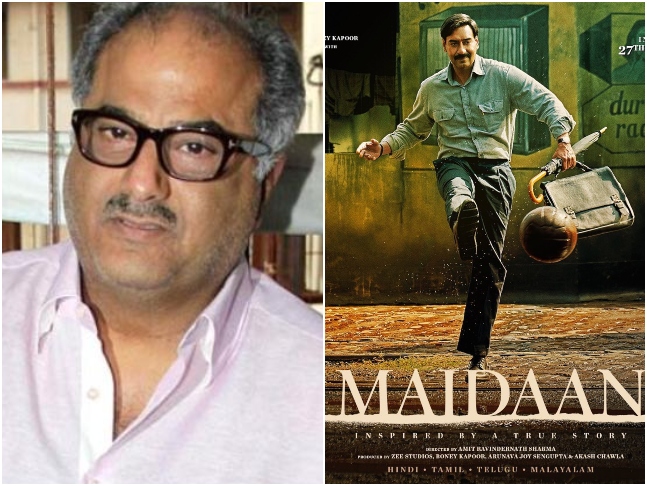 In another interview, Boney said, "Rajamouli has made a big name for himself after the two Baahubali films he directed. In that context, I wonder why a Rajamouli film, after Baahubali: The Beginning and Baahubali 2: The Conclusion needs a holiday weekend?"

He added, "Of course I am upset! This is most unethical. I announced my release date for Maidaan six months ago. At a time when we should all be coming together to save the movie industry, he (Rajamouli) has gone and done this,” says Boney angrily."