South star Pragya Jaiswal spotted with Salman Khan on Antim sets, to play the female lead in the film?

Salman Khan has teamed up with his brother-in-law, Aayush Sharma, for the first time in Mahesh Manjrekar's Antim: The Final Truth. The film is an action-thriller in which Salman plays a Sikh cop who heads on a mission to chase a dreaded gangster, played by Aayush. Now, as the shoot of the film is going on in full swing in different parts of Maharashtra, there is an update. According to an entertainment portal's report, South star, Pragya Jaiswal, has been signed as the superstar's love interest.

A source close to the development told the portal that Pragya has been shooting secretly with the team of Antim and was a part of their Mahabaleshwar schedule too. "She has been shooting silently for the last few days with the entire team of Antim and was also a part of the Mahabaleshwar schedule. She plays Salman’s lady love and the two will also have a romantic song in the film," the source told. 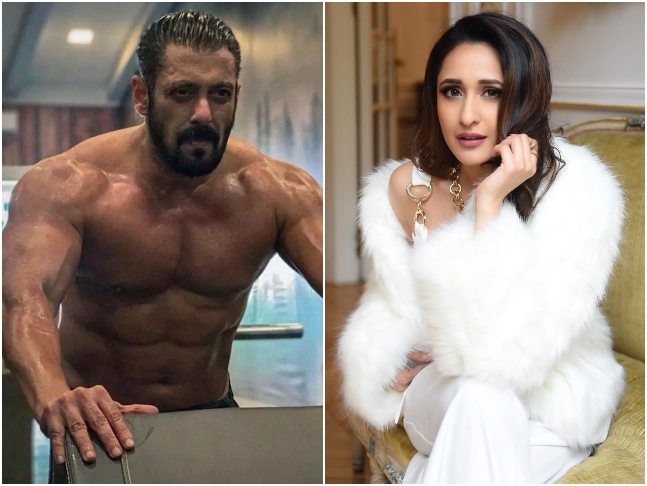 Pragya, recently, was spotted with the superstar.

The source further added that Antim will reportedly wrap by mid-February and will release later this year. "The shoot is going on in full swing, and the team is looking to wrap up the film by mid-February and get it ready for a release in second half of 2021," the source said.

Antim stars Nikitin Dheer and Mahima Makwana. Varun Dhawan has shot for a special Ganpati song before taking a break for his wedding which is held in Alibaug today.