Author Ashish Kaul received a major surprise when Kangana Ranaut announced her upcoming film Manikarnika Returns: The Legend Of Didda. It is based on Kashmir's Queen Didda and Ashish claimed that he is the sole copyright owner of the biography on her titled Didda- The Warrior Queen Of Kashmir. Now, days after calling out the actress and her sister Rangoli Chandel, Ashish has apparently sent them a legal notice.

As per a leading daily's report, Ashish's legal notice read, "Our Client was further appalled to discover that the nature and treatment of the character of Didda in the Proposed Film, was identical to the Narrative Text, the Book and the information communicated by Our Client in his e-mail of 11 September 2020. To add further insult to injury, Kangana Ranaut and Kamal Kumar Jain have since issued public statements alleging that their proposed Film is not based on the Book. It is re-iterated that the description of Didda as identified by Kangana Ranaut to promote the Film is identical to as set out in the Book." 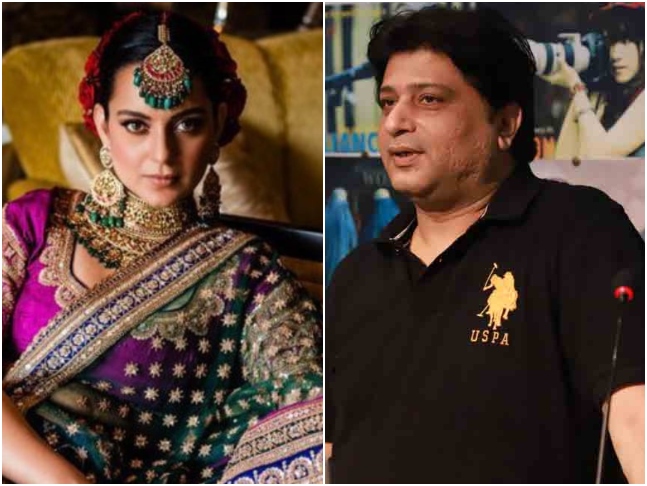 The author's lawyers in the notice mentioned that he is being 'harassed' and has suffered 'extreme mental anguish' because of the whole issue. "On account of such false denunciations, Our Client has been trolled and abused by the fans of Kangana Ranaut on Twitter and has suffered extreme mental anguish. It is unfortunate that Our Client, an established and published author and one of the few leading authorities on Didda in the world, is being needlessly harassed due to the actions of Ms. Kangana Ranaut and Mr. Kamal Kumar Jain. Our Client further risks financial losses as he has been in conversation with major producers and studios for the production of a film based on the book and the script, which has been registered since 2017. The actions and representations of Ms. Kangana Ranaut, Mr. Kamal Kumar and Ms. Rangoli Ranaut will severely impact all opportunities of commercial exploitation of the Narrative Text, the Book, and the Script by Kaul," the statement read.

Reportedly, Ashish has given Kangana 72 hours to reply to the notice. If she fails to do so, it will result in further legal actions against her.