Advertisement
HomeBOLLYWOODENTERTAINMENT NEWSBoney Kapoor reveals late Yash Chopra was the first to offer him the role of Sridevi's husband in Lamhe, says 'he knew that I just wanted to be close to her'

Boney Kapoor reveals late Yash Chopra was the first to offer him the role of Sridevi's husband in Lamhe, says 'he knew that I just wanted to be close to her'

Boney Kapoor, for the very first time, will be seen acting along with Ranbir Kapoor, Shraddha Kapoor and Dimple Kapadia in Luv Ranjan's upcoming romantic film. The yet-to-be-titled project will be shot in Delhi and the team is already there to begin shooting after a long delay. Talking to a leading daily about making his acting debut, Boney revealed that it was late Yash Chopra who first offered him a role in Sridevi's Lamhe (1991). The late actress' real-life husband was approached for the role of her reel partner.

"I wasn’t sure if Yashji was serious, but he had offered me the part in Lamhe, which was played by Deepak Malhotra (Sridevi’s husband in the film). I never took it seriously. I guess he knew that I just wanted to be close to Sri (smiles). I had even gone to Switzerland under the pretext of some work, just to see her when she was shooting for Chandni," Boney shared. The producer's actor brother Anil Kapoor bagged the role in Lamhe. 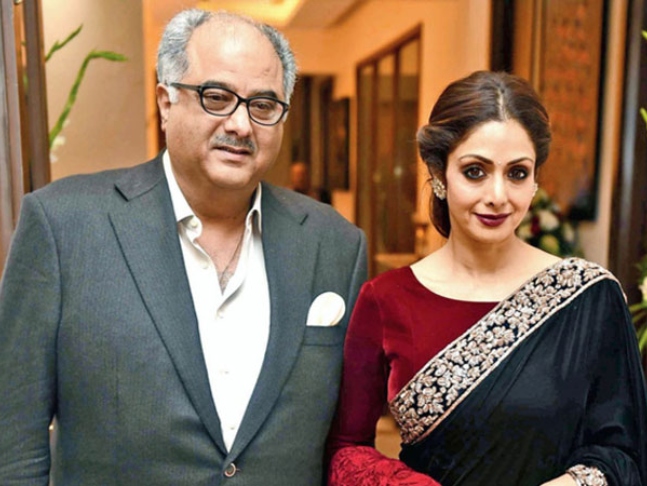 Boney further shared that he declined Luv's offer to play Ranbir's father in the film. The producer then revealed that it was his son Arjun Kapoor, daughters Anshula Kapoor, Janhvi Kapoor and Khushi Kapoor who convinced him. "I had said no to Luv Ranjan. He reached out to Arjun, and he, along with my three daughters (Anshula, Janhvi and Khushi), convinced me to do it. Arjun told me that Ranjan had me as a reference point - that of a ‘Punjabi father’ - when he wrote this part. So, he thought I was ideal for it. Acting requires you to do what the director asks you to, so I wasn’t sure, but Arjun said that I just need to be myself. He even told me that this would be a good change and also an opportunity to stay away from production stress for a bit," Boney added.

Calling Ranbir a terrific actor, Boney said, "He is a terrific actor as we all know, and I am an amateur, but let’s see how it goes. I was apprehensive about juggling between acting and production. I have five films lined up as a producer. Initially, Anil (brother Anil Kapoor) was also reluctant about this as he knows the kind of responsibilities one has as a producer, but later, he told me to go ahead."