Late music composer and singer Wajid Khan's wife Kamalrukh Khan made shocking revelations recently. Months after Wajid's untimely demise, Kamalrukh opened up about being harassed by his family in the name of religion. Kamalrukh, a follower of Zoroastrianism, revealed that she was subject to mental harassment by Wajid's family for not converting to Islam post marriage. Now, in a recent interview with a leading daily, Kamalrukh yet again spoke about the Special Marriages Act and told that she was pressured to convert. She also revealed that Wajid's family kept insisting that their children are illegitimate because they weren't married according to Muslim law.

"Yes direct pressure for sure! And a lot of indirect pressures too. For instance, Wajid's family kept insisting that our children were illegitimate as was our marriage since we had not married as per Muslim law (nikaah, which if I was to do, would mean me converting to Islam). For them the Special Marriages Act didn't mean anything. I could never celebrate any Parsi festival without them making a hue and cry over it," Kamalrukh told. 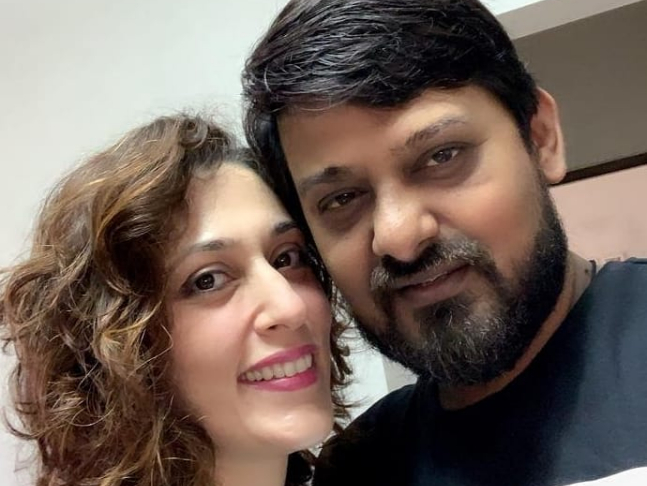 She further revealed that Wajid's family would ensure he never stood by her side and openly tell him to re-marry. "They also stopped coming to any of our Parsi family functions and his mother would openly tell Wajid, in my presence, to re-marry, which he obviously did not agree to do. His family's behaviour was disrespectful towards me. Wajid's refusal to budge on his beliefs, his refusal to accept another point of view, and his family's unnecessary interference and influence ensured that he never stood by my side as a husband should. Another scare tactic was him filing for divorce if I did not convert. Of course, eventually we did not end up getting a divorce as he realised his folly," she added.

Talking about her children Arshi and Hrehaan, Kamalrukh said their inheritance is under threat. Saying that she has to fight for it as Wajid's family has usurped his assets after his demise, Kamalrukh told that she married for love and not religion. "Now, when what is due to his kids is being taken away, I feel compelled to speak out. Life has brought me to a point where I need to fight for my children's due inheritance as his family has usurped his assets post Wajid's death. I am both father and mother to them, and in practical matters, always have been! My daughter is 16 years and my son is 9 years. I have to pay for their education and our upkeep. I work as a clinical hypnotherapist and our primary source of earning has been Wajid's marital support. If that too is being snatched away by those who havent bothered to keep in touch with me or my children for the past 7-8 years, on such unfair grounds, I need to fight back on every front," Kamalrukh said.

"My reasons for speaking out is tied to an inherent sense of justice. No woman should have to face what I have faced during these 17 years of marriage. If my children's inheritance is under threat and my reputation is being dragged through the mud, I will speak out. No one should be able to get away with this. Legal battles apart, people should know. If an educated, independent woman like me can go through this just because she married for love and did not convert, a lot worse can happen to others that are less empowered. Beyond forced conversions and marriages tied to conversions, I want to focus on the trauma that I have faced. My post isn't against any one religion. All religions are equal, it is how one uses faith to distort matters. I stand against this distortion," she stated.