Legendary comedian Mehmood’s son Lucky Ali is a name that every 90s kid is well aware of. His melodic and soulful songs like O Sanam, Hairat, Safarnama, Teri Yaadein Aati Hain, Tere Mere Sath Jo Hota Hai, Kitni Haseen Zindagi, Ek Pal Ka Jeena, Na Tum Jaano Na Hum and others have become cult and iconic over the years. He is an Indie pop artist who still boasts of countless fans even though he has not released any single since years.

Now, a video of the singer singing his most popular song O Sanam has gone viral. Recently, during a live session, the singer-songwriter enthralled his fans by singing an unplugged version of the song.

The video was shot and shared by photographer Saad Khan but fan pages and fans have shared the clip which has lit up the internet prior to Diwali. 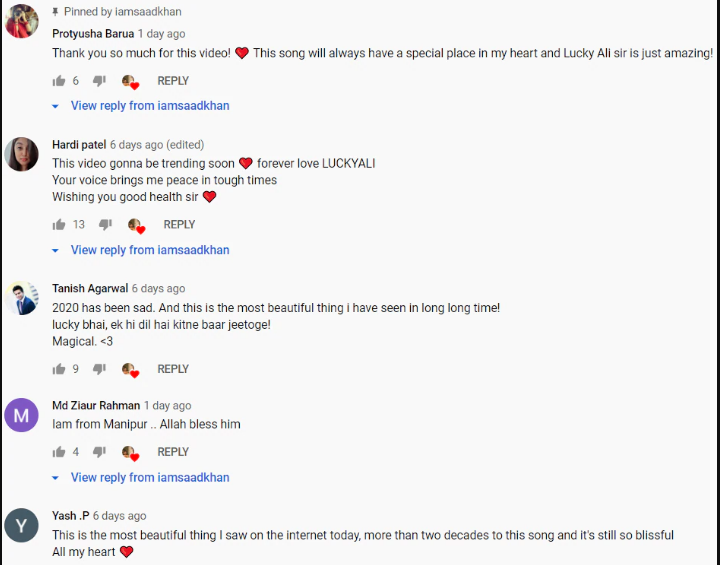 During the video, Ali gets emotional as he sings, “Nazaron se ab na hamako giraana, mar bhee gaye toh, bhul na jaan.” Fans of the singer took to the comments section to bestow praises on the singer and wrote that he has made them all very nostalgic. Check out some of the comments on Twitter below:

Oh Gosh! What a man Top most memory of my college life. #luckyali https://t.co/dDyto3K0yK

How did Indi-pop die? How come our independent artists couldn't win rockstars? This is Lucky Ali now pic.twitter.com/ZtwCiQ4mOd