Vikrant Massey plans to celebrate Diwali with fiancee Sheetal Thakur in their new house, says 'I’ll be performing the Laxmi puja for the first time'

Vikrant Massey is one of Bollywood's busiest actors currently. The year, although has been unkind to many, has proven fruitful for the handsome actor. His three films- Dolly Kitty Aur Woh Chamakte Sitare, Cargo and Ginny Weds Sunny, premiered on Netflix during the lockdown and were much appreciated by the audience and critics alike. Now, as the nation is soaking into festive vibes, Vikrant plans to celebrate Diwali with his ladylove Sheetal Thakur and his family. Talking to a leading daily, Vikrant said he will be celebrating the festival of lights in his newly purchased house.

"2020 has been a very significant year, both personally and professionally. Yes, I did formalise my relationship with Sheetal, and had many projects, too. God has been kind. This year has been very difficult on most of us if I can say so, and yet to be able to cater to audiences with four films, interact with them on a day to day scale, is something every actor aspires to do," Vikrant told. 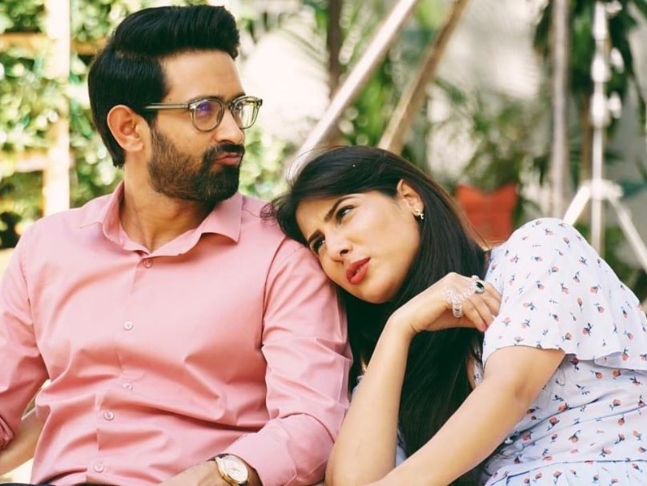 The actor revealed that he will be performing Laxmi puja for the first time. "I’ll be performing the Laxmi puja for the first time there. I don’t think koi shikayat hai, jo upar waale ne cheez di hai, haath jod ke, naman karke swagat karta hoon. I just hope that people keep giving their love, respect and time to my films. I’m indebted to my audience, and whatever up there is looking after me," Vikrant added.

Workwise, Vikrant wrapped the shoot of Haseen Dillruba with Taapsee Pannu. He has Yaar Jigri, a slice-of-life buddy film co-starring Sunny Singh in the pipeline.