Amid treatment, Sanjay Dutt to wrap 'KGF: Chapter 2' shoot with an elaborate action sequence with Yash in Hyderabad next month

Sanjay Dutt, who was diagnosed with lung cancer in August, is making sure to wrap up all his past commitments before he gets too busy with treatments, The actor has been getting treated at the Kokilaben hospital in Mumbai. Now, he is all set to travel to Hyderabad next month to wrap the shoot for KGF chapter 2. He is said to shoot for an elaborate action sequence with Kannada superstar Yash.

Karthik Gowda, creative executive producer, revealed, "Sanjay sir has only three days of shoot pending, including the filming of a fight sequence. We are currently working out the dates and will have clarity in the next few days." 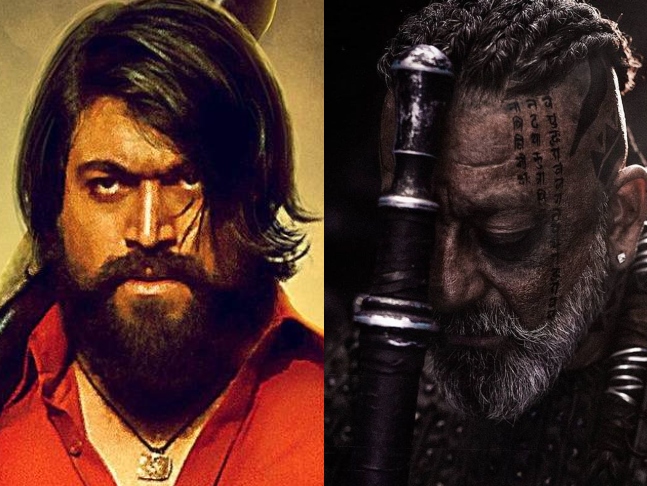 Sanjay plays antagonist Adheera in the upcoming sequel to the 2018 hit of the same name. Recently, the senior actor shared an image, flaunting a grey beard, on Instagram and indicated that he was gearing up for his villain act. "Despite being unwell, he is coming back to work; that shows how professional and committed he is. He is staying true to his craft," added Karthik.

Gearing up for #Adheera! #KGFChapter2

Earlier this week, Sanjay confirmed his cancer diagnosis for the first time as he shared a video at hairstylist Aalim Hakim's salon. "This is a recent scar in my life, but I will beat it. I will be out of this cancer soon," he said in the video.

KGF 2 has the stellar cast of ‘Rocking superstar’ Yash, Sanjay and Raveena Tandon amongst the others. Produced by Vijay Kiragandur and directed by Prashant Neel, KGF 2 is brought by celebrated names including Excel Entertainment and is a multilingual venture, to be released in Kannada, Tamil, Telugu, Malayalam and Hindi.