Rohit Shetty is undoubtedly Bollywood's 'hit-machine'. The director, who is awaiting the release of Akshay Kumar's and Katrina Kaif's Sooryavanshi, has reportedly started work on yet another film. Reportedly, Rohit has been planning to remake Sanjeev Kumar's- Deven Verma's classic 1982 film Angoor. Now, an entertainment portal's report has it that Ranveer Singh has come onboard. According to a trade source, Rohit had thought of the remake with Shah Rukh Khan but things didn't materialise and they ended up doing Dilwale (2015) together. The source further added that the director utilised the lockdown to fine-tune and rework on Angoor's adaptation.

"Rohit Shetty has been trying to make Angoor remake for a while now and it is finally happening now with Ranveer Singh stepping into Sanjeev Kumar’s shoes. Rohit had planned to revisit Angoor in 2015 with Shah Rukh Khan in lead, however, things didn’t materialize and the two collaborated on Dilwale. After that, he got busy with Golmaal Again, Simmba and Sooryavanshi. He has now got the much-needed break in the Covid pandemic, and he utilised the time to fine-tune and rework on the script of Angoor adaptation," the source told. 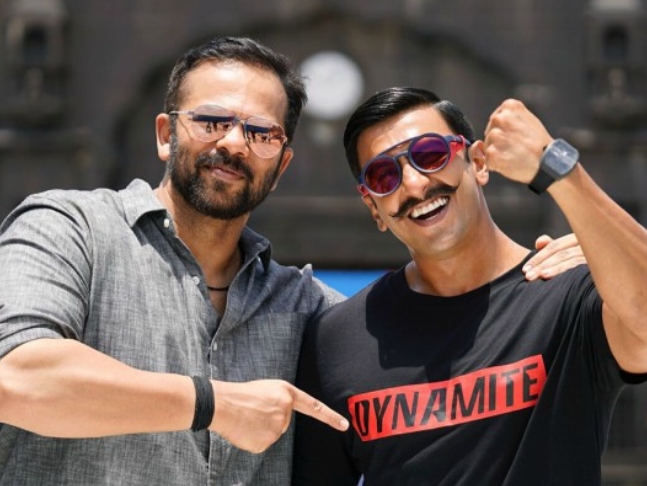 The source said that the script is yet to be finalised and will be locked soon. "Bol Bachchan was essentially inspired by Golmaal, rather a commercial take on Golmaal. The same way, even Angoor is more of an adaptation in present time, and Rohit is just retaining the basic premise of how two identical twins lead to confusion. It is currently being scripted and the final draft is expected to be locked soon, following which they will move on to the other aspects of pre-production, including signing other actors of the ensemble," the source added.

Angoor, directed by Gulzar, is about two pairs of twins who are separated after an ill-fated incident. Years later, when their lives ears later, their lives intertwine, it leads to confusion and misunderstandings. The source told the portal that Ranveer and Rohit are planning to make it the 'biggest Bollywood comedy' to date. "It will be a double role for Ranveer, and it will be a first in this space for Ranveer. They are planning it as the biggest Bollywood comedy till date," the source said.