Akshay Kumar's Sooryavanshi pushed to 2021, Ranveer Singh's '83 to get a Christmas release

The Central Government, after seven months of a shutdown, permitted states and Union Territories to reopen cinema halls from October 15. Delighted with the news, producers are working to finalise the release dates of films that weren't taking the OTT route. Akshay Kumar's Sooryavanshi and Ranveer Singh's '83 are among them. Talking to a leading daily, Shibasish Sarkar, CEO, Reliance Entertainment, co-producer of '83 and Sooryavanshi, told that the sports drama will release on Christmas this year. He further added that Sooryavanshi won't release on Diwali and will be pushed to early 2021.

"We definitely don’t want to change the date of ’83 for Sooryavanshi. The sport drama is still slated to release on Christmas. We have to decide on the new date of Sooryavanshi with the director and actor, but the film should release between January and March," Shibasish told. Akshay Kumar fans, if not Sooryavanshi, will get to enjoy Laxmmi Bomb on Diwali. The horror-comedy will release on November 9 on Disney+Hotstar. 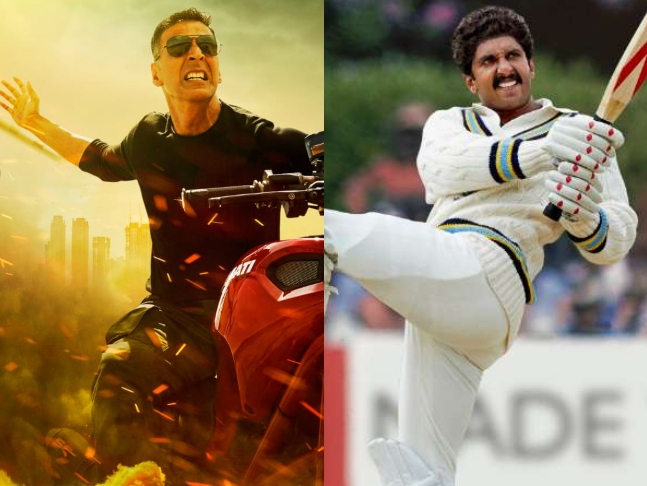 Sooryavanshi was initially scheduled to release on March 24. However, due to the lockdown, the film is pushed ahead. The Rohit Shetty directorial also stars Katrina Kaif in the lead while Ranveer and Ajay Devgn are in cameos. It is the fourth film in Rohit's cop universe.