Legendary singer Kumar Sanu’s son Jaan Kumar Sanu recently made headlines for an epic meme fail that featured him. The singer replied to a viral joke claiming his name was ‘Kumar Janu’. Much to everyone's surprise, Jaan took the meme rather sportingly and clarified that his name was actually Jaan Kumar Sanu and not Kumar Janu.

Jaan commented on the post saying, “Bhai mere @aksharpathak I am Kumar Sanu’s son and my name is Jaan Kumar Sanu. Meme matt bana do yaar (Please don’t make a meme, buddy),” along with a number of laughing emojis. Akshar then replied saying, “@jaan.kumar.sanu are you telling google is lying?! (also thanks for being a sport) (also pls tell your dad I’M A HUGEEEEE FAN).” 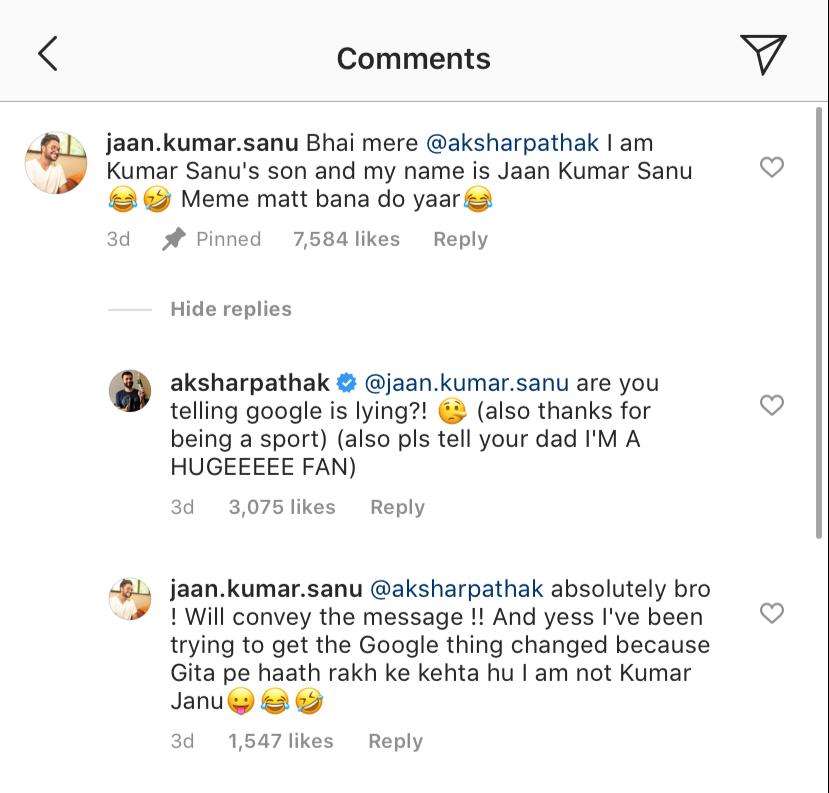 Jaan will soon be seen in Salman Khan's reality show Bigg Boss 14. However, he not officially confirmed the news yet.