Advertisement
HomeBOLLYWOODENTERTAINMENT NEWSIt isn’t like Taimur is going to become the biggest star in this country: Kareena Kapoor Khan on nepotism debate

It isn’t like Taimur is going to become the biggest star in this country: Kareena Kapoor Khan on nepotism debate

Kareena Kapoor Khan believes the renewed debate on nepotism in Bollywood is a consequence of people getting frustrated after staying locked down at homes due to the coronavirus pandemic. In a recent interview, Kareena once again reiterated that she doesn’t know why everyone has gone on this huge discussion. She also said that people cannot assume that just because she is an actress her son Taimur Ali Khan will also follow suit.

She said, “I think everyone gets what they deserve in their lives, what is there in their destiny. Yeh nahi hai ki Taimur Ali Khan is going to become the biggest star in this country. He’s not. He’s probably the most photographed child in this country, for whatever reason, I have no clue. I will also wish for my son that he be self-sufficient and self-reliant. I am like you do what you want to do in life. You want to be a chef somewhere, a pilot, whatever you want to do. I want him to fly and be happy in his life. And it’s not necessary that because he has successful parents, he will be successful. His journey is going to start when he wants to start. He has to find his own path. His parents are not going to help him in whatever way.” 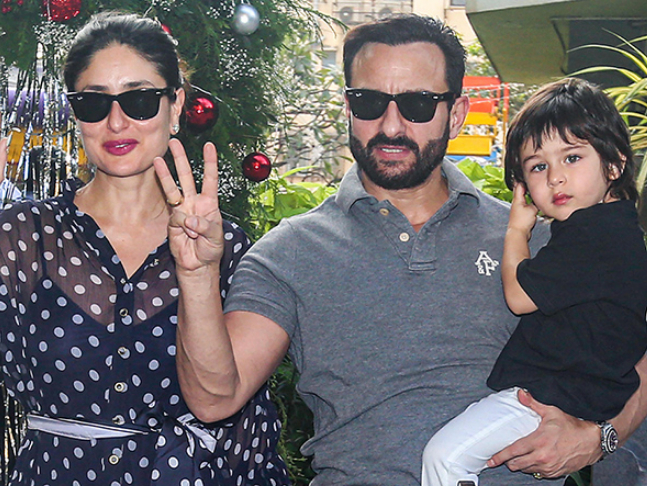 Kareena also said that her parents did not help her out in her career, she had to make her own way and for the longest time she was known as Karisma Kapoor’s sister. She said, “So all this nepotism ki ye hoga woh hoga, Taimur star banega.... arre we also don’t know.”