Advertisement
HomeBOLLYWOODENTERTAINMENT NEWS‘Want to give it the necessary time and attention,’ says director Siddharth Anand dismissing rumours of Tiger Shroff’s ‘Rambo’ being shelved

‘Want to give it the necessary time and attention,’ says director Siddharth Anand dismissing rumours of Tiger Shroff’s ‘Rambo’ being shelved

Tiger Shroff was all ready to step into the shoes of Hollywood star Sylvester Stallone by taking on his iconic role of John Rambo in an official remake. While director Siddharth Anand had announced the actioner Rambo will be an October 2020 release, but when the big-budget film did not go floors late last year, rumours were rife that the project has been shelved.

However, according to reports, the project has not been derailed but only delayed. A leading tabloid reported that Anand will focus on the project after he completes Pathan, his next YRF directorial with Shah Rukh Khan. The tabloid reported a source, “Mounting an ambitious venture like Rambo needs time. After the raging success of their last collaboration War (2019), Tiger and Siddharth are more confident of pulling off a transcontinental action adventure. Considering Tiger has established himself as an action star, they want to up the ante with the movie. They will kick off work on it once they have honoured their individual commitments, and in the meantime, they are polishing the script." 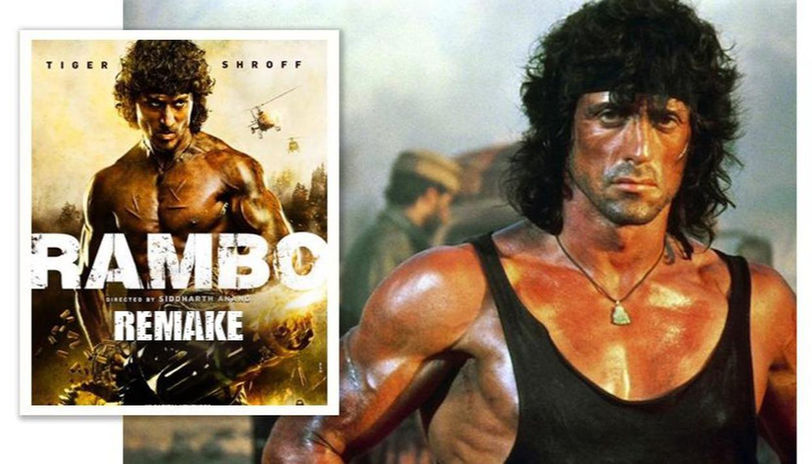 RECOMMENDED READ: Back at it! Ananya Panday and Tiger Shroff adapt to the new normal as they return to sets after lockdown

Talking about Rambo, Anand confirmed that he will definitely direct the action film. He said, “Rambo is on the cards and I will announce it soon. People are waiting to see Tiger as Rambo, so I want to give it the necessary time and attention.”

Stallone’s Rambo is one of the most loved-action films of Hollywood. There have been five films released so far in the franchise namely, First Blood, Rambo: First Blood II, Rambo III, Rambo and Rambo: Last Blood. The film follows John Rambo, a military veteran who is traumatized by his experiences in Vietnam War and uses his skills learned there to fight corrupt officials, drug cartels, enemy troops etc.