Speculations surrounding the cast of Wing Commander Rakesh Sharma's biopic have been in plenty. The film that is said to be in the making for two years now is titled Saare Jahaan Se Achcha and marks the return of filmmaker Mahesh Mathai. Rumours did the rounds that Shah Rukh Khan, Vicky Kaushal, Ranbir Kapoor and Salman Khan were in the race to play the lead role. However, no official confirmation has arrived as of now. As avid cine-goers wait for the much-awaited announcement, a leading daily's report stated that Farhan Akhtar is currently in talks with Mahesh and the makers of Saare Jahaan Se Achcha. According to a source close to the development, the 46-year-old actor will be undergoing physical transformation and is expected to begin preparing for the role of an astronaut after completing his current commitments.

"After a lot of brainstorming, the team zeroed in on Farhan as he played athlete Milkha Singh to perfection in Bhaag Milkha Bhaag. Talks are on and after finishing his current commitments, he is expected to jump into the prep, which includes body transformation, physical training and understanding the nuances of an astronaut," the source said. 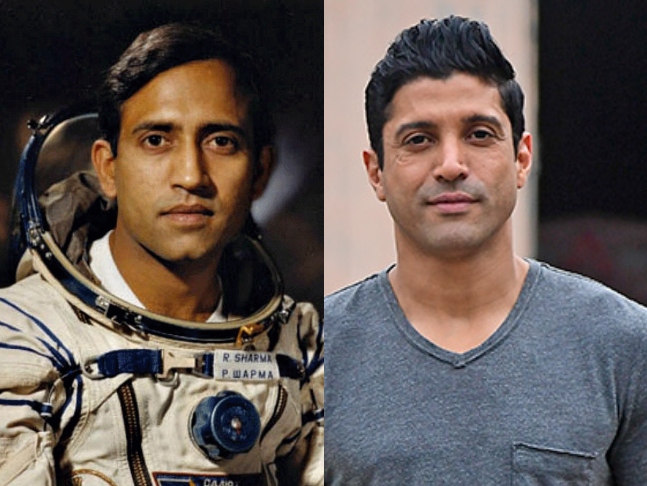 The source also informed that the script with dialogue draft is locked and now, the team is looking forward to putting together an ensemble cast before finalising the shoot schedule. "The script with the dialogue draft is locked. With the lead actor on board now, they will proceed towards getting together an ensemble cast and then work on the timeline of the shoot," the source added.

Speaking of Saare Jahaan Se Achcha's timeline, the space-based biopic was announced in 2018 with Aamir Khan in the titular role. However, the actor stepped back due to other work commitments. Subsequently, the makers reportedly roped in Shah Rukh and the actor started preparing for the same with Mahesh. His team reportedly went on a recce to Russia and Shah Rukh was to start shooting in February 2019. Unfortunately, due to the debacle of Zero, the superstar reportedly didn't want to explore the space genre anymore. Vicky, who was riding high on the success of Uri: The Surgical Strike, became the next choice followed by Ranbir and Salman.

Saare Jahaan Se Achcha, as per reports, will showcase Rakesh's journey and also incorporate the angle of his daughter's death. The film will be produced by Ronnie Screwvala and Siddharth Roy Kapur.