The buzz surrounding the biopic on Rakesh Sharma titled Saare Jahaan Se Achcha has been doing the rounds. The film which was initially signed by Shah Rukh Khan, went to Vicky Kaushal after the debacle of Zero and success of Uri: The Surgical Strike. Soon, rumours had it that neither Shah Rukh nor Vicky has given their nod, but it's Ranbir Kapoor who has bagged the film. However, to date, there is no official confirmation on the same. Now, as per yet another speculation surrounding Saare Jahaan Se Achcha, a report on an entertainment portal stated that Salman Khan is the one who is in talks for the lead role. According to a source close to the film, the portal quoted that Siddharth Roy Kapur, the producer, has approached the Dabangg actor. Salman has given his dates for the narration in the month of March and has liked the concept but is yet to give a positive nod, if reports are to be believed.

“A few weeks ago, Siddharth Roy Kapur met Salman Khan to discuss the said project. The producer is confident that Salman can pull off this role. It’s a mammoth project. For such an expensive film, they are looking for a superstar and who better than Salman. Salman has some dates from March. Hence, he decided to hear out the narration of Saare Jahaan Se Achcha. He has liked the concept but he hasn’t given his nod,” the source told. 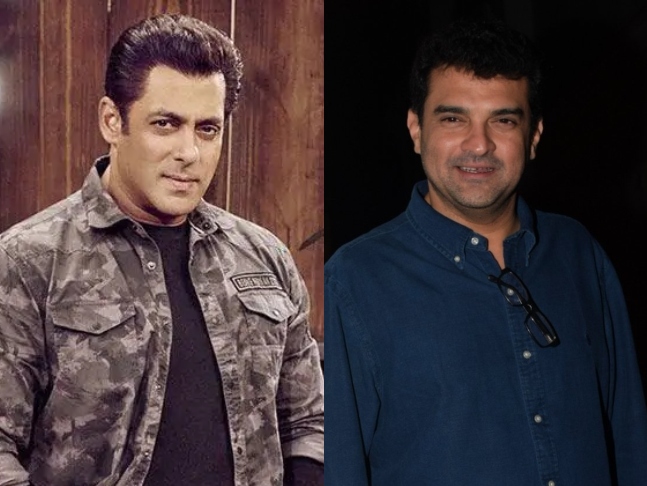 Recommended Read: Salman Khan to play a Sikh cop opposite Aayush Sharma's gangster on the run in Abhiraj Minawala's next?

Talking about the reason behind a number of actors refusing to sign the dotted lines, the source added that the issue isn't with the screenplay. “No actor refused the film because they didn’t like the screenplay. They were other reasons. And there have been many great films which took a long time in getting the cast. Saare Jahaan Se Achcha will be something to watch out for, not just for its VFX and space element, but also for its emotional quotient. Wait and watch!” the source added.

Saare Jahaan Se Achcha will be directed by Mahesh Mathai. The project that revolves around the story of the former IAF pilot Rakesh Sharma who became the first Indian to make an expedition to space, will be produced by Ronnie Screwvala and Siddharth Roy Kapur.