Meghna Gulzar's Raazi featuring Alia Bhatt and Vicky Kaushal in the lead won critical as well as commercial success. However, Harinder Sikka, the author of the novel Calling Sehmat on which the 2018 film is based on, isn't pretty happy with the final output. Harinder, after raising voice against Meghna for not giving him due credits for Raazi, called the decision of allowing her to direct 'the biggest blunder' he made. The author, during an interview with a leading daily, claimed Meghna 'intentionally' made blunders in the film, highlighting her 'pro-Pakistani' approach.

"The first one was her pro-Pakistani approach. As per the book, when Sehmat kills Abdul, there’s a dialogue, ‘I’m sorry Abdul, but I love my country more’. Meghna removed this dialogue completely. She found it pro India?," Harinder asked. He  further listed down the second blunder and said, "Sehmat came back to India to a royal red carpet welcome, saluted the tricolour while the military band played the National Anthem. Meghna removed the scene and instead brought her back in a depressed state, as if to show that a Kashmiri Muslim woman had done a mistake in fighting for her watan, India." 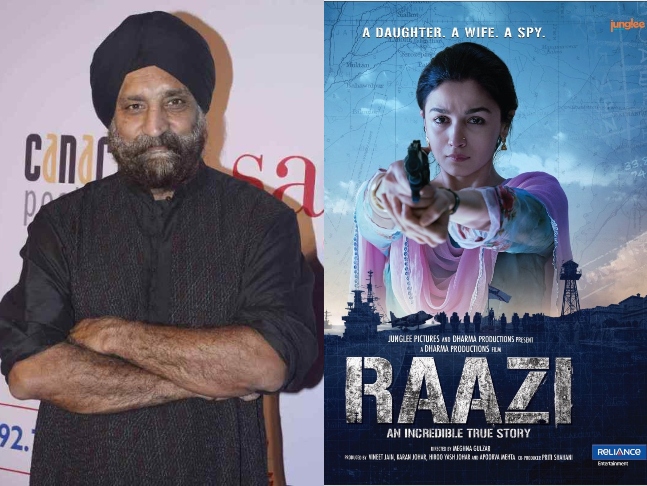 Recommended Read: I was removed from everything because every credit had to go to Meghna Gulzar: 'Raazi' writer Harinder Sikka

Harinder further revealed that when he tried to put forth these opinions in previous interviews, he received death threats on social media. During the interview, he claimed that Gulzar requested him to make Meghna the director of the novel and out of respect, he agreed. Putting forth a 'contractual obligation' to the production house, Harinder said he got the chance to select the director and actors. Recalling how Meghna sidelined him after shooting for Raazi, Harinder shared, "Meghna would uncle me, 'uncle this, uncle that’, and when she was signed for Raazi, she soon began changing colours. Soon after the shooting ended, following the plan, she sent me a nasty WhatsApp message, cutting off all relations."

Harinder went on to add, "All along, I was under the impression that Talvar (2015) was directed by Meghna. Later on, I learnt from sources that she wasn’t the whole-sole person responsible for it. It was filmmaker Vishal Bhardwaj who in reality was the anchor behind it and he did it as a ‘Guru Dakshina’ to Gulzar." 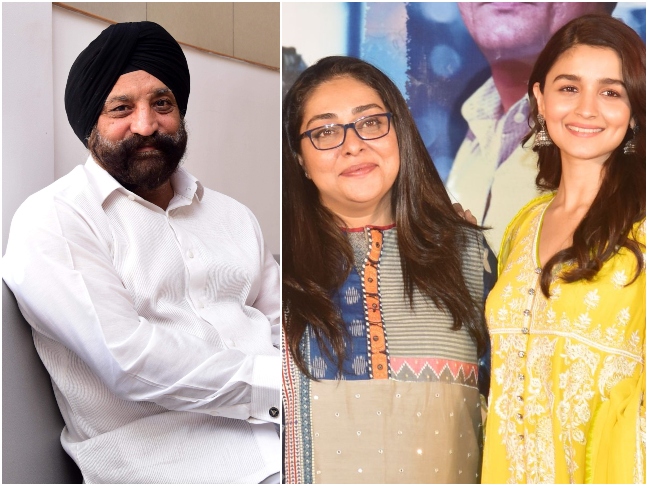 He claimed that he had the authority to watch the director's cut but Meghna went to Delhi for a special screening for the Army and didn't invite him. "She intentionally didn’t invite me neither informed, and knew my presence would halt the film’s release," he said disclosing that the filmmaker changed the title from Calling Sehmat to Raazi without his permission. "Their plan to checkmate me, the outsider, was in place. I was then removed from all titles and promotions related to Raazi on social media, YouTube, print and electronic media. It was now Raazi by Meghna Gulzar. I should have learnt that this was the trait of someone who would soon back-stab," he mentioned.

Claiming that Gulzar spoke to Calling Sehmat's publication house to delay the novel's release as a measure to allow Meghna bask in the success, Harinder added, "Mr Gulzar targeted me next by attempting to force my exit from Jaipur Literature Festival (JLF) where he was speaking with his daughter on Calling Sehmat (Raazi). He didn’t want my presence to take the sheen off Meghna’s single handed success of the film. He pressured JLF to remove me, but this was where his plan went haywire. Sanjoy Roy, son of one of the most decorated Navy officers, wrote me a mail. He stuck to his invite to me and mentioned the name of Gulzar. I went to JLF, spoke about the real hero Sehmat and came back leaving a bruised Gulzar in wake."