Poor Sushant Singh Rajput. Three weeks after his tragic death, people won’t let him rest in peace. The #justiceforsushantsinghrajput juggernaut on social media continues to roll along strongly. Which is fine, because what triggered the actor’s suicide on June 14 – deserves to be known; and if anybody can be held culpable, then they need to be punished. But what is not fine are some of the wild theories put out by vested agencies that are conducting an insensitive and absurd parallel investigation into Sushant’s death in the media.

One such story last week irresponsibly sought to link Salman Khan to Sushant’s suicide. It alleged that the Dabangg superstar had taken a dislike to Sushant. The reason being Sushant’s reported interference in the love affair that his ex-manager Disha Salian was supposedly having with Sooraj Pancholi. Salman had launched Sooraj in 2015 with Hero. That was as far as his relationship with the young star went. But the article that went online and was quickly taken down made it seem like Salman was Sooraj’s protective godfather.

Salman’s legion of fans took exception to this fake news. In outrage they went on social media to prove that the only time Salman and Sushant interacted was when Kedarnath was promoted on Bigg Boss 12. A fun video of that episode from the reality show in December 2018 soon went online showing that this interaction was more than cordial. Salman engages Sushant and Sara Ali Khan in much playful and mischievous banter. They then dance and challenge each other to games. Salman finally hugs Sushant warmly and wishes Sara and him good luck for Kedarnath when the young stars of the romantic drama are leaving. But not before they take a selfie with the Bhai in the Bigg Boss house. 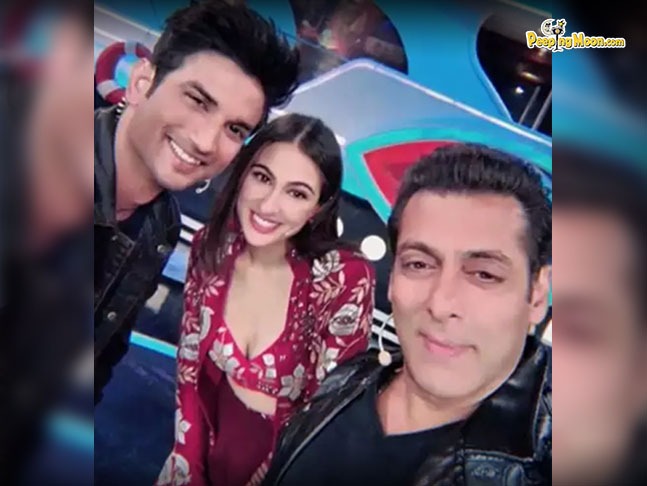 RECOMMENDED READ: 'We don't get to decide when we're born and when we die, all we can do is live life to the fullest' - Life lessons by Sushant Singh Rajput in 'Dil Bechara' trailer

Beyond that, Bollywood sources say there was never an opportunity for the paths of Salman and Sushant to cross. No production house was thinking of casting them together in a film. That’s generally when rivalries between actors are said to arise. Nor was bad blood ever created between them because one actor was accused of snatching the other’s film. And Salman Khan Films (SKF), the actor’s production company, was not producing a film with Sushant which could have possibly been a source of friction. SKF makes few films, they are mostly mass entertainers, unlike the intelligent, metropolitan cinema that was more Sushant’s genre.

The buzz in Bollywood is that Salman does not interfere in anybody’s affairs. He has never exhibited ambitions of controlling the film industry and is professionally regarded as the least cut-throat actor of all who would do anything to succeed. Superstar Ajay Devgn, who worked with Salman in Vipul Shah’s 2009 musical London Dreams and Sanjay Leela Bhansali’s romantic drama Hum Dil De Chuke Sanam in 1999, once said there was never back-biting, stealing of lines, instances of one-upmanship, influencing of directors, grabbing space, etc. when working with Salman.

Industry sources know that Salman lives in his own universe. The actor confines himself to a set of people who are largely his family and close friends. This might seem like a camp but is actually Salman’s comfort zone. He rarely if ever reacts to what is unfairly said about him in the media and never gets into controversies even when family members are involved in scandals. Bollywood macho man and close buddy Suniel Shetty said Salman was humble at heart despite his name and fame. “He is as content in his own space as he is, perhaps, happy living in his 1BHK flat in Bandra,” Shetty added.