Advertisement
HomeBOLLYWOODENTERTAINMENT NEWS'This is how beautifully Irrfan raised you,' say people to the late actor's son Babil Khan for his reply to a fan asking him to unfollow star-kids

'This is how beautifully Irrfan raised you,' say people to the late actor's son Babil Khan for his reply to a fan asking him to unfollow star-kids

Sushant Singh Rajput's untimely death by suicide stirred a major controversy with respect to nepotism in Bollywood. The actor, 34, was said to be in depression for the past six months and was found hanging on June 14 by friends and maid. With fans of Sushant calling for an end to nepotism, Irrfan's son Babil Khan gave a humble response to an Instagram user who asked him to join the movement against star-kids.

Babil, responding to the user, wrote, "do you understand the pressures and expectations of being the son of someone who changed the concept of acting in Indian cinema? I understand your frustration against nepotism, but there are two sides to every coin." Taking the conversation further, the user stated that 'snatching films and giving to your favourite person is not right'. Babil then went on to mention that irrespective of any factor, he will make sure to win hearts with his hard-work and ensure his audience won't feel his journey has been 'unfair'. 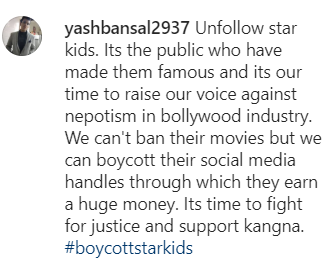 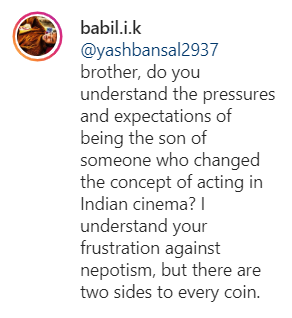 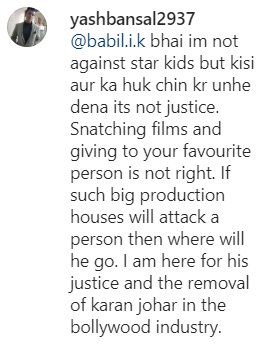 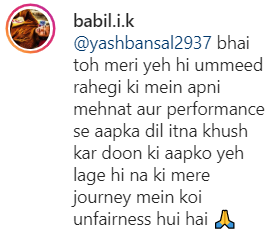 Soon after Babil replied, fans of his late father Irrfan showered love on him and called him a gem of a person. One user wrote, "That's Irrfans son for you. His legacy, values continue to live on. I would love you see you on screen bro someday, only if you want to pursue it." The other said, "this is how beautifully @irrfan actually raised you !" 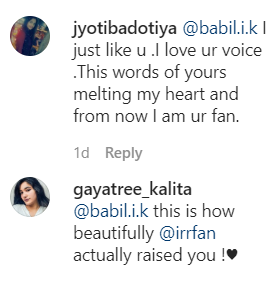 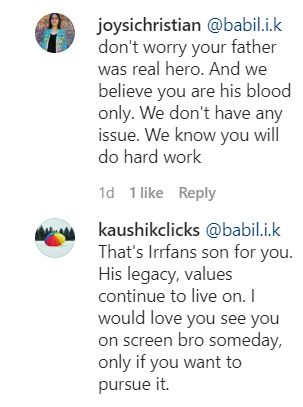 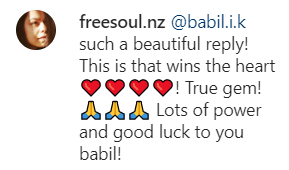 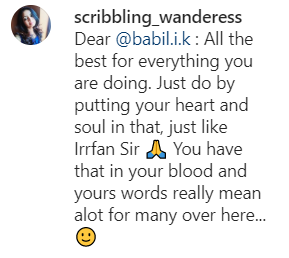