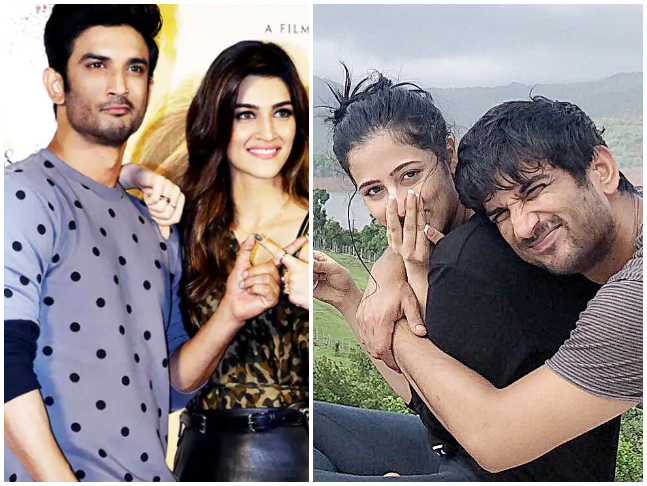 Nupur Sanon, the younger sister of Sushant Singh Rajput’s Raabta co-star and close friend Kriti Sanon has shared an emotional post on the actor’s untimely demise. She took to Instagram and quoted the lyrics of the song Yaadein and shared a picture of him. She also slammed the online trolls who took a potshot at her and Kriti for not sharing any condolence post for Sushant yesterday.

She captioned the image, “Nagme hai, shikwe hai, kisse hai, baatein hai…” In another Instagram post she said that Sushant’s death has got people talking about mental health and at the same time a section of fans are harassing her and Kriti for not sharing tributes for Sushant.

She slammed the trolls for their ‘disgusting tweets, messages and comments’ and wrote, “Everybody has suddenly started talking about mental health on social media since yesterday...and then we have people harassing people who are actually in a state of shock,who are hurt,who are grieving ..by sending them disgusting tweets, msgs, comments for not posting on lnstagram !! ‘You are so heartless’ ‘ek post tak nahi daala’ ‘Tum logo ne ek reaction nahi diya kitne pathar dil ho tum’ These are the comments and msgs we are constantly getting !! Aap ki permission ho toh sukoon se ro sakte hain?? Please??”

Sushant was found dead at his Mumbai residence on Sunday. The police have ruled any foul play and said that it was a case of death by suicide but no note was found. The actor was cremated today in the presence of his father, sisters and other family members. Kriti, Shraddha Kapoor, Varun Sharma, Tahir Raj Bhasin, Mukesh Chhabra and several other celebs paid their last respects to Sushant at his funeral.