Advertisement
HomeBOLLYWOODENTERTAINMENT NEWSSushant Singh Rajput's father and sisters say their tearful goodbyes to the actor; ashes to be immersed in The Ganga

Sushant Singh Rajput's father and sisters say their tearful goodbyes to the actor; ashes to be immersed in The Ganga

Acclaimed Bollywood and television actor Sushant Singh Rajput waved goodbye to the world by committing suicide on Sunday (June 14). The actor breathed his last at the age of 34, leaving behind an indelible mark. Survived by his father KK Singh and two elder sisters, Sushant was laid to rest at Pawan Hans Crematorium in Vile Parle this evening at 4 pm. Due to the ongoing Coronavirus crisis, a limited number of people were allowed inside the crematorium. Celebrities like Shraddha Kapoor, Varun Sharma, Kriti Sanon, Tahir Raj Bhasin, Vivek Oberoi and others gave a tearful send-off to the talented actor. A total of 25 people were present at the time of the funeral.

Sushant's father KK Singh arrived in Mumbai hours before the funeral and lit the pyre with Sushant's sisters. Sushant's ashes will be immersed in the river Ganga by the family members. 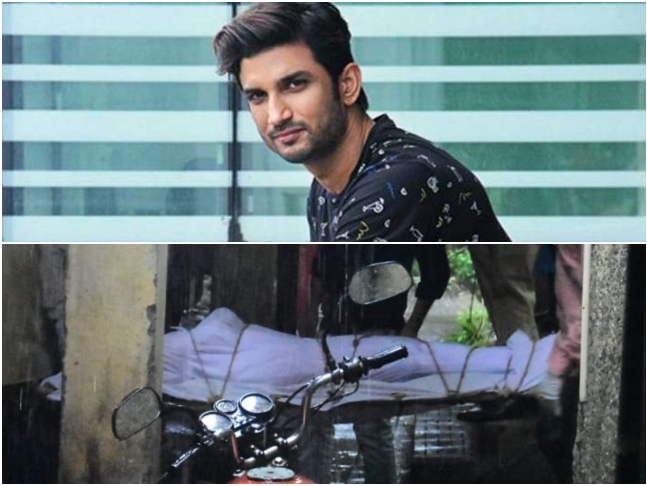 Recommended Read: I knew the story of the people that let you down so bad that you would weep on my shoulder: Shekhar Kapur on Sushant Singh Rajput's suicide

Sushant, a mechanical engineering student, left studies to pursue acting. Crediting Shah Rukh Khan for being his inspiration, he became the most successful TV actor to make a mark in Bollywood after his idol. From Pavitra Rishta's Manav to Mahindra Singh Dhoni in M.S. Dhoni: The Untold Story, Sushant proved to be an actor par excellence. On the personal front, Sushant lost his mother in 2002 when he is 16. He would often share posts in her memory on social media.