Advertisement
HomeBOLLYWOODENTERTAINMENT NEWSShah Rukh Khan feels his on-screen jodi with Kajol can be replaced only by AbRam and Aaradhya, Amitabh Bachchan gives his blessings

Shah Rukh Khan feels his on-screen jodi with Kajol can be replaced only by AbRam and Aaradhya, Amitabh Bachchan gives his blessings

Shah Rukh Khan and Kajol are one of the most loved and popular on-screen jodis of Bollywood. They have impeccable and crackling chemistry that always spells magic on the screen. On a chat show, Shah Rukh was asked to choose between the one-screen couples like Deepika Padukone-Ranbir Kapoor, Ranveer Singh-Deepika Padukone, Alia Bhatt-Sidharth Malhotra and Fawad Khan-Sonam Kapoor who can replace him and Kajol. However, proving himself to be the king of wit, SRK stunned everyone with his answer.

Replying to the question, SRK said that only his son AbRam Khan and Aishwarya Rai Bachchan’s and Abhishek Bachchan’s daughter Aaradhya can do justice to him and Kajol. He said the star kids are the only people who could replace him and Kajol. Although AbRam is younger than Aaradhya but SRK feels that there is no age for love. 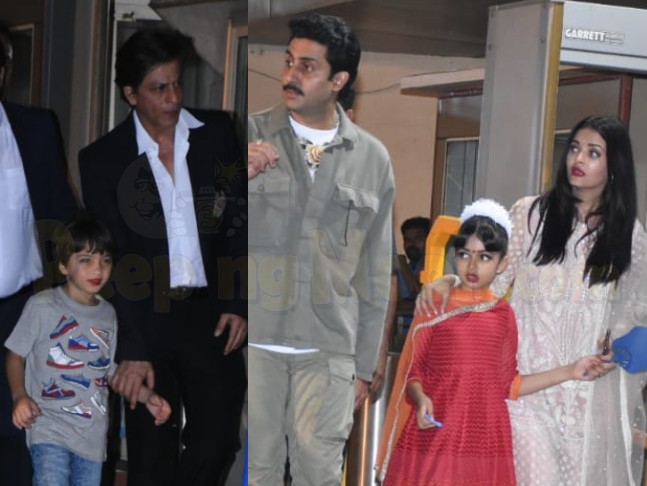 RECOMMENDED READ: Shah Rukh Khan to reportedly play the role of a journalist in R Madhavan’s 'Rocketry: The Nambi Effect'

In fact, at a promotional event when Amitabh Bachchan was asked to react on the same he reportedly said that he cannot agree more with Shah Rukh and also blessed the kids saying may SRK’s words do come true. He said, “Un kay mooh may ghee shakkar aur doodh malai... (May his words come true).”