Sonu Sood on Sunday evening met Shiv Sena chief and Maharashtra Chief Minister Uddhav Thackeray at his bungalow- Matoshree in Mumbai. The meeting was held hours after Sena MP Sanjay Raut slammed him and stated that he is adopted by BJP. Sena scion Aaditya Thackeray, on his Twitter account, shared pictures from the interaction with Sonu. Apart from Aaditya, Sonu and Uddhav, minister Aslam Shaikh was also present.

"This evening Sonu Sood met up with CM Maharashtra Uddhav Thackeray ji along with Minister Aslam Shaikh and me. Better together, stronger together to assist as many people through as many people. Good to have met a good soul to work for the people together," Aaditya wrote while sharing a picture.

This evening @SonuSood met up with @CMOMaharashtra Uddhav Thackeray ji along with Minister @AslamShaikh_MLA ji and me. Better Together, Stronger Together to assist as many people through as many people. Good to have met a good soul to work for the people together. pic.twitter.com/NrSPJnoTQ6

Recommended Read: Watch: Sonu Sood arranges buses for 200 idli vendors to their hometown in Tamil Nadu, gets honoured with aarti

Sonu, post the meeting, addressed the media and said his initiative is receiving support from all parties in India. "We have to support all the people who are suffering & need us. I will continue until the last migrant has reached his home. Every party from Kashmir to Kanyakumari has supported & I want to thank everyone for that," Sonu told.

We have to support all the people who are suffering & need us. I will continue until the last migrant has reached his home. Every party from Kashmir to Kanyakumari has supported & I want to thank everyone for that: Actor Sonu Sood after meeting Maharashtra CM Uddhav Thackeray https://t.co/NkvarOapJC pic.twitter.com/57CfSHohEA

Speaking of Sanjay Raut's jibe, the executive editor of Shiv Sena's Marathi language newspaper Saamana, wrote in his weekly column that the actor is 'enacting a political script'. Taking a dig at Sonu by calling him 'Mahatma', Raut went on to mention that Prime Minister of India-Narendra Modi will shortly discuss about him in his radio show Mann Ki Baat. Not just this, he also said that Sonu is politically adopted by BJP. "The BJP has politically adopted Sonu Sood and tried to create an influence among the North Indian migrant workers. The BJP was struggling to stay politically relevant during the coronavirus crisis and faced a severe backlash from public, who detested the frequent criticism of the Thackeray government by BJP leaders. The plight of migrant workers also turned many people against the Modi government for its handling of the coronavirus crisis," Raut stated. 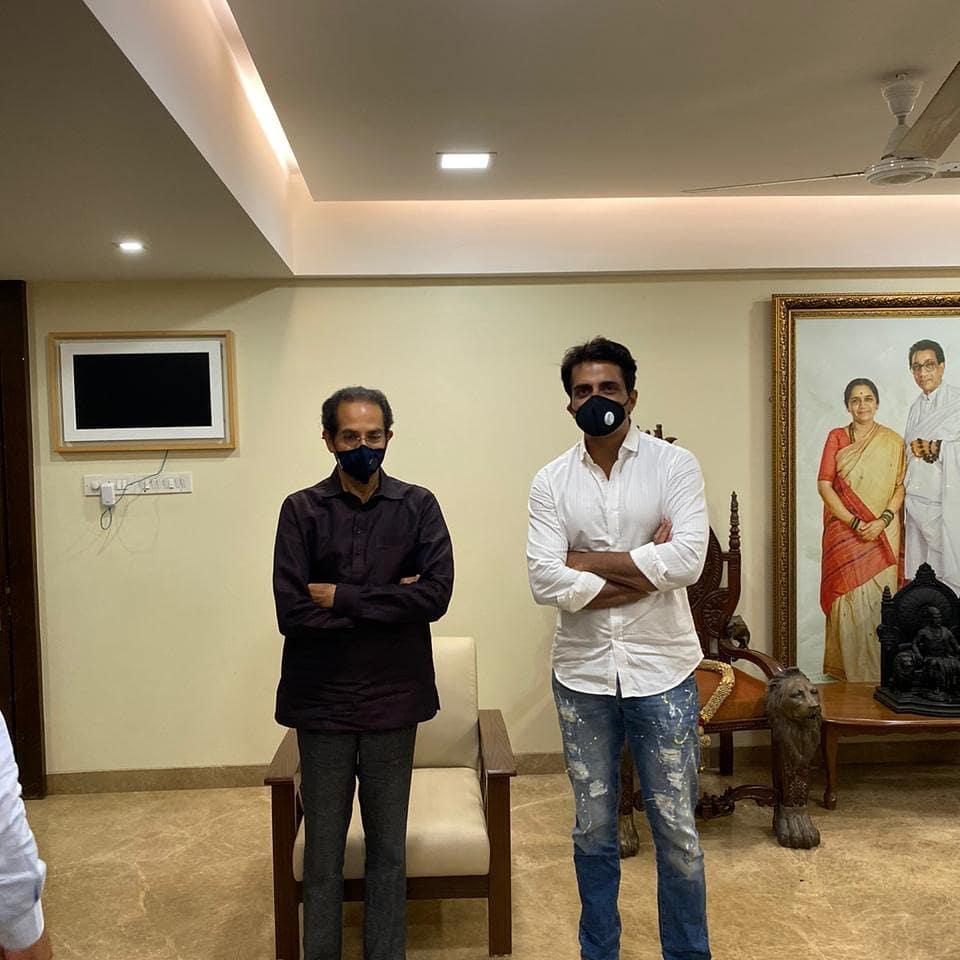 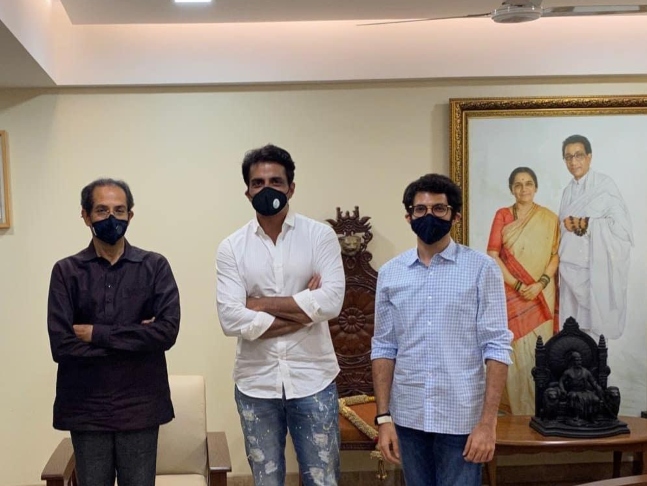 He further added that the move is a deliberate attempt to show Maharashtra is poor light. "No other state could have treated migrant workers the way they have been taken care of by the Maharashtra government. However, to show the state government’s work in poor light, Sood has been deliberately promoted. ‘If anyone wants to go home, please contact me’ was the appeal of the actor," he added.

Taking a sharp dig at Sonu, Raut wrote, "Sood might even visit Bihar, Uttar Pradesh, Delhi as a star campaigner for the BJP. When most of the actors were sitting at home, Sonu Sood’s acting skills were flourishing. You do not need a screen all the time to show your acting skills, as has been demonstrated by Mahatma Sood. His political directors are experts in their field. We will soon come to know about his next political move."