Apart from being a phenomenal actress, Sridevi was a graceful dancer too. Blending the right amount of innocence and charm, the late actress managed to wow the audience every time. While Sridevi has numerous chartbusters to her merit, songs from Chandni and Mr. India hold a special place in every Indian cine goer's heart. Now, as Sridevi's elder daughter Janhvi Kapoor is an actress, the late female superstar's fans are curious to know whether she will recreate any of those iconic creations in the future. Talking about her mother and her magical dance performances, Janhvi, during an interview with an entertainment magazine, told that if given a chance, she would love to recreate Kaate Nahi Kat Te from Mr. India along with songs from Chandni.

"Mom always thought that in dance it's not all about the steps, they are the last thing that you need to be thinking about. The most important thing, that she said one must do while dancing is to enjoy it thoroughly and have fun. I fondly remember one particular award function as a kid where I saw mom rehearse after a really long time. I still remember that she was just marking the steps in the hall at home instead of rehearsing. When I saw her on stage, I was surprised to see her performing so beautifully. This was nothing that I saw at home. She’d blown everyone away with that performance. If given a chance, I would love to recreate the songs from Chandni as well as Kaate Nahi Kat Te from Mr. India. It wasn’t a dance number, but she was so expressive with her body, there was no dance movement as such, but she still caught the beat and the rhythm and those latka's and jhatka's were all so perfect," Janhvi told. 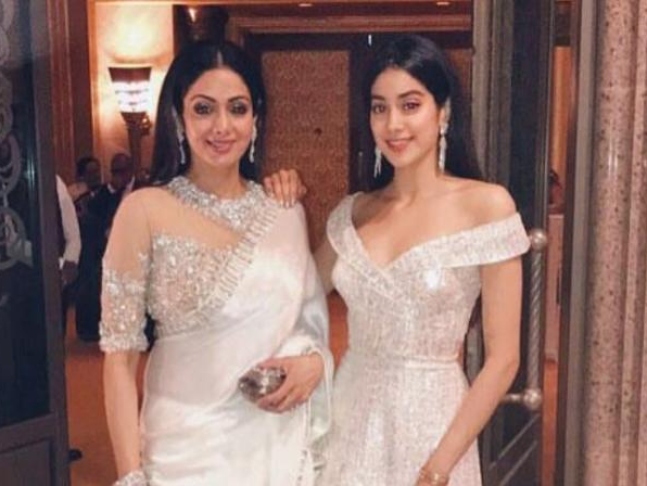 Recommended Read: Don't think I am the lady of the house: Janhvi Kapoor on shouldering household responsibilities after Sridevi's demise

Talking of Janhvi, the actress is awaiting the release of Gunjan Saxena: The Kargil Girl and Roohi Afzana. She is currently locked down at home with her father Boney Kapoor and sister Khushi Kapoor amid the Coronavirus pandemic.