Advertisement
HomeBOLLYWOODENTERTAINMENT NEWSKangana Ranaut is extremely respectful and we had fun working on ‘Thalaivi’: Bhagyashree

Kangana Ranaut is extremely respectful and we had fun working on ‘Thalaivi’: Bhagyashree

The Coronavirus pandemic has brought our entertainment industry to a standstill with schedules of several films taking a hit. The list of films that has gone haywire includes director AL Vijay’s Thalaivi, a biopic on former Tamil Nadu Chief Minister, late J Jayalalithaa. The film features Kangana Ranaut in the titular role also has Bhagyashree in a pivotal role.

Bhagyashree who is making a comeback of sorts after five years told a leading daily, “I had begun shooting for Thalaivi in September 2019, in Mysore, Chennai and Hyderabad. The fact that I am a part of the film was kept under wraps, with the makers wanting to announce it in April, but then, the lockdown happened. Ab toh pata nahi kitna samay lockdown rahega. Now, my director has given me the go-ahead to talk about it.” 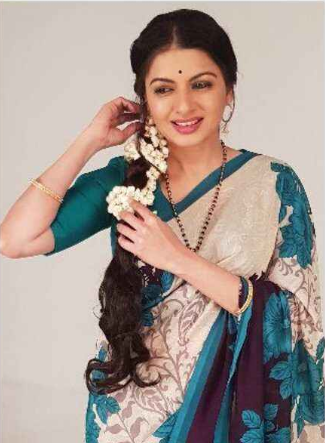 Thalaivi also has Bhagyashree in supposedly a different look. Talking about it she said, “The interesting part is that my look in the film is completely different from what people have seen me in.” She also had high praise for Kangana and spoke about her equation with the acclaimed actress. She said, “I had first met Kangana in 2006, when she had just started her career. Even on the set of Thalaivi, she was extremely respectful, and would greet me as soon as she reached the set.”

Talking about her role, Bhagyashree further elaborated, “I play a key role in the film and my character brings about a turning point in Thalaivi’s life. Kangana and I have a lot of scenes together, and the entire team loved our on-screen chemistry. It was fun working with her because she is a fantastic artiste, who puts a lot into her performances. It was great to get back to the set after a very long time.”

The film which is helmed by Vijay is scheduled to release in Hindi, Tamil and Telugu. While the film is slated to release on 26th June, the makers of the film may postpone the release if cinema halls don't open soon.