Advertisement
HomeBOLLYWOODENTERTAINMENT NEWSAfter 'Pyaar Karona' and 'Tere Bina', Salman Khan to complete a trilogy with a song based on love in the time of lockdown with Waluscha De Sousa?

After 'Pyaar Karona' and 'Tere Bina', Salman Khan to complete a trilogy with a song based on love in the time of lockdown with Waluscha De Sousa? 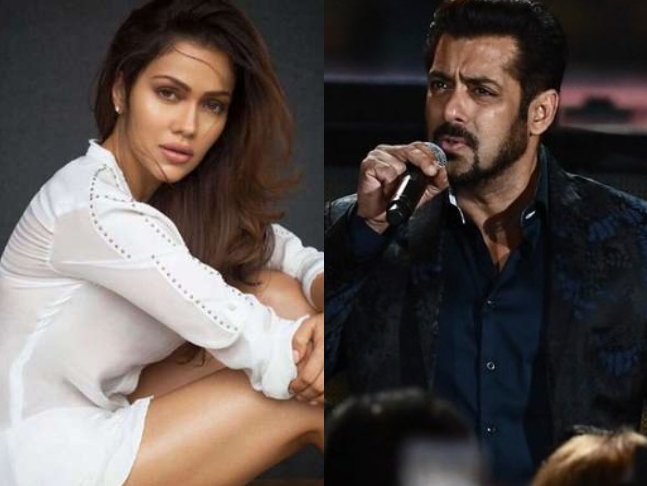 Amid the ongoing nationwide lockdown, Salman Khan is stuck at his Panvel farmhouse with a few of his industry friends and family members. The superstar, who was neck-deep busy with back to back films, is getting the much needed time to relax. However, without sitting idle at the farmhouse, Salman is unleashing his hidden melodious singer with a range of chartbuster songs released on his newly launched YouTube channel. The 54-year-old actor serenaded fans with his rendition on the lines of Coronavirus titled Pyaar Karona followed by Tere Bina which released yesterday. Now, as the lockdown continues, Salman is reportedly planning to score a hattrick on the music front. According to a leading daily's report, the new song will be based on love in the time of lockdown. A source close to the development informed that once it is written, the superstar will bring a music director onboard.

"Those around Salman are keen that he completes his trilogy of music videos. The new track will hinge on love in the time of lockdown, and the need for harmony in the world. Once the song is written, the actor will rope in a music director," the source told the daily.

The source further added that the ones stuck with Salman at his Panvel farmhouse are trying their hand at different aspects of filmmaking with the music videos. Jacqueline Fernandez, who starred with Salman in Tere Bina, is responsible for the hair and makeup while Waluscha De Sousa acts as the set co-ordinator. The source also revealed that Waluscha may star with the superstar in the new song. "Salman and his family have been trying their hand at different aspects of filmmaking through these numbers. While Jacqueline usually takes care of styling and makeup, Waluscha De Sousa pitches in as a set co-ordinator. Though the direction duty for the new track is yet to be assigned, it may feature Salman and Waluscha," the source said.

Interestingly, Salman roped in Waluscha's youngest daughter Sienna Robinson for a special appearance in Tere Bina as his child.