It won't be wrong to say that Subhash Ghai has delivered masterpieces back in the 70s, 80s and 90s. Be it Ram Lakhan, Taal or the iconic Karz, the filmmaker has contributed to the glorious history of films. Now, years later, Subhash is all set to let the box-office ringing with the remake of his directorial debut Kalicharan and the sequel to Khal Nayak. The veteran director, during an interview with a leading daily, told that he is ready with the script of the two new films.

“I talk for an hour each with the students and faculty of my acting school, watch films and shows, then, for three hours a day, work on scripts. For the last six-seven months we have only been creating content and now, I’m ready with two bound scripts—a sequel to Khal Nayak and a remake of my first directorial, Kalicharan," Subhash told. 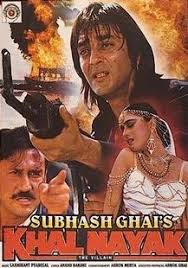 Talking about Khal Nayak sequel, Subhash said that it took the team 2 years to prepare the script. He further added that the film will pick up from the point where the first one ended. Khal Nayak starred Sanjay Dutt, Madhuri Dixit and Jackie Shroff in the lead roles. “Part 2, which took us two years to script, starts with Ballu coming out of prison. It will also feature a younger villain,” the veteran filmmaker added. Subhash further said if the Coronavirus scare continues, he can develop the story into a six-hour web series.

Informing that Khal Nayak was originally planned to be a Hollywood film but was eventually molded into a classic Bollywood masala drama. "Khal Nayak was planned as a Hollywood film, with Omar Sharif and Ashok Amritraj as the producer. But I opted out because I didn’t want to make a film in a language I wasn’t too familiar with. It eventually rolled out as a mainstream masala movie, with a heroine, love story, a mother track and half-a-dozen songs woven in, as dictated by the formula, and Sanju as the khalnayak," he revealed. 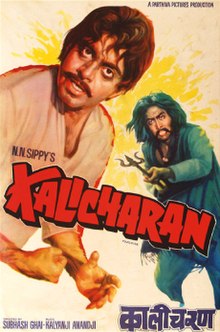 Speaking of Kalicharan, Subhash recalled the time when Shatrughan Sinha, the lead actor, refused the role. “When NN Sippy decided to produce it, names like Sanjeev Kumar and Rajesh Khanna cropped up. But I pointed out that I’d written the subject with my friend in mind. This time Shatru loved the subject,” Subhash recalled.