Bollywood celebrities are under constant limelight. Be it films or their relationship status, barely anything is hidden from the gossip police. As ups and downs are a part of every person's life, it comes across as a major surprise when a known personality opts to separate from their partner for good. Now, it seems another couple is up for separation. Rumours indicate trouble has seeped into Sunidhi Chauhan's marital life. According to reports of an entertainment portal, the singer has parted ways with her husband Hitesh Sonik after eight years of marriage. It is being stated that the two are living separately for a few days now.

As per a source close to the development, the couple went on a vacation to Goa with their friends. However, once they returned back, things weren't the same for the couple. “Sunidhi and Hitesh are having issues for many days and haven't told many friends or relatives---but yes, Goa trip ke baad, baat bahut bigad gayi,” the source told the entertainment portal. 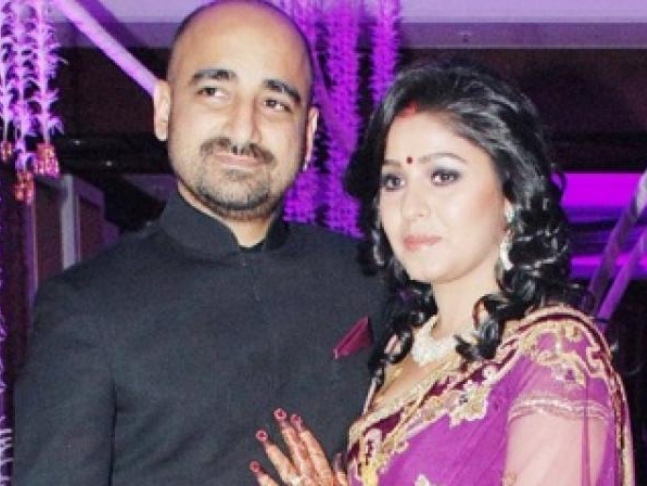 Recommended Read: It's a boy for Sunidhi Chauhan!

When the portal contacted Sunidhi, she maintained a 'no comment' stand. However, when a leading daily got in touch with Hitesh, he dismissed the rumour as false. The film score composer told, "It’s not true. Maybe she doesn’t want to comment on it because she finds the news too outrageous to even think about it. We are living under the same roof. I am too busy cleaning the house to even read the news. We have divided the household chores in this lockdown period. Well, maybe she isn’t happy with my cleaning, which is why such a story has surfaced."

Sunidhi, who was formerly married to Bobby Khan when she was 18-years-old. The couple was together for nearly one year before separating. Hitesh and the singer tied the knot in 2012 and welcomed their son on January 1, 2018.