Birthday Special: 'Abhimaan' to 'Chupke Chupke', how Jaya Bachchan stole the spotlight from Amitabh Bachchan in her ruling years!

Jaya Bachchan (née Bhaduri) can be classified as one of the phenomenal and most successful actresses at the time when films banked on male star power. With rarely any flops in her kitty, she proved to be way ahead and trustworthy than her female counterparts in the 70s and 80s. A gold medalist of Film and Television Institute of India (FTII), she starred in two Bengali films titled Mahanagar and Dhanyee Meye. Marching ahead in Bollywood, this actress par excellence was honoured with a Padma Shri in 1992. Although it isn’t a secret that Jaya was more of a natural actress than a star, she remained to be better at her craft than her megastar husband Amitabh Bachchan.

After marrying him in 1973, which was just two years into her Bollywood debut, Jaya as Mrs. Bachchan continued to steal the show each time. While Amitabh saw ups and downs in his career, the case was opposite in terms of Jaya.

However, despite a 17-year-long sabbatical post Silsila in 1981, when Jaya returned to cinema with Hazaar Chaurasi Ki Maa in 1998, she reiterated the fact that there is no one like her. Classic then and timeless now, the actress has given a glorious phase to films. Now, as the Member of Parliament in Rajya Sabha turns 72, let’s take a look at how she emerged as a more successful actor in comparison to her husband.

In this Hrishikesh Mukherjee directorial, Jaya played the role of a naïve school-girl named Kusum aka Guddi whose love for Dharmendra, the superstar, knows no boundaries. After declining the proposal of a good-natured person, Guddi, over a period of time realises that superstars also face insecurities, fear and feelings like commoners. The film established Jaya’s strong foothold in cinema. Interestingly Guddi had Amitabh’s cameo but Jaya ruled this film. 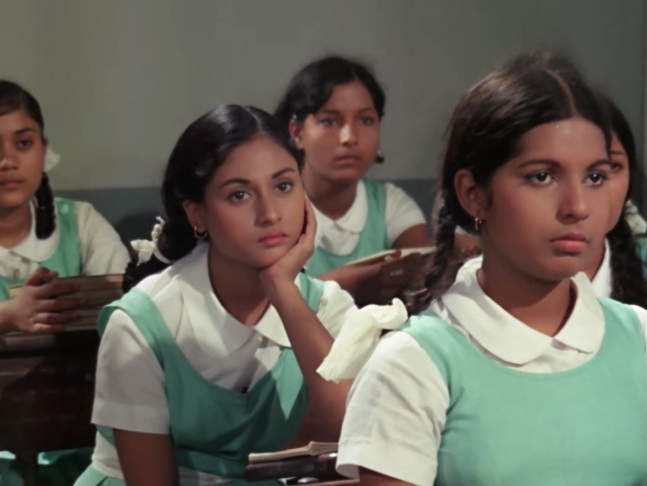 It is indeed hard to ignore Jaya’s work in Koshish. Co-starring with Sanjeev Kumar, Jaya is at par with the former with her touching performance. The film features both the protagonist as a deaf and mute couple and the audience required ample tissue papers to wipe off their tears. 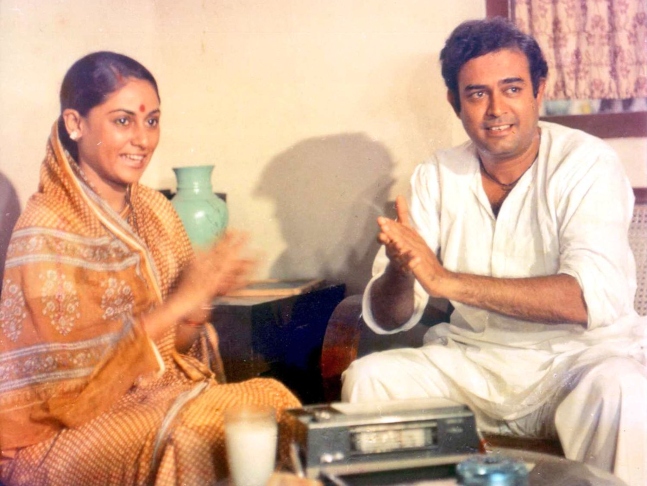 Jaya in Abhimaan not just performed brilliantly but looked her finest as Uma, a small-town girl with a Nightingale like voice. Paired opposite her husband in their first production, Jaya matched Amitabh who plays the role of a professional singer, in every scene. Be it handling his jealousy for her or coping up with a tragic miscarriage, she excelled throughout. 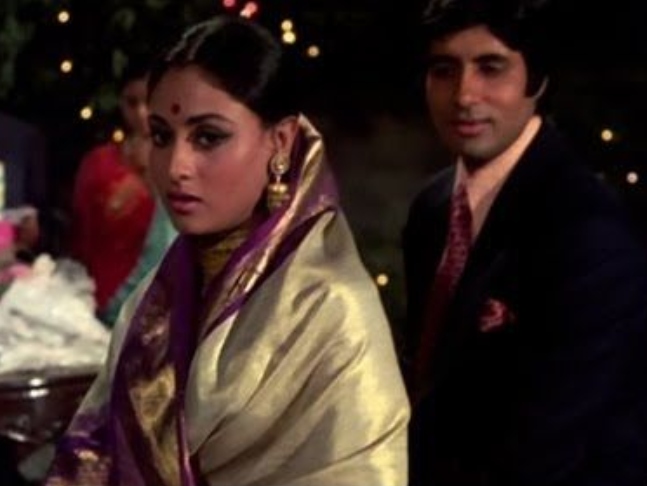 Mili, directed by Hrishikesh Mukherjee, orbited around a young girl suffering from an incurable disease named Pernicious Anemia. In this film, Jaya essays the titular role while Amitabh is her neighbour, an alcoholic who finds his inspiration in her. As the lively, optimistic Mili who is dying from within, Jaya put forth a show that can’t be expressed in words. Despite marrying a megastar, she held on to her acting prowess and was a testament that she is a better actress than him. 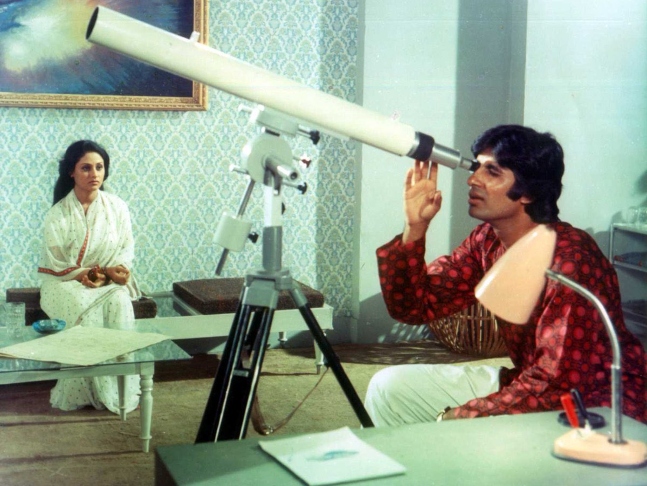 Although this Hrishikesh Mukherjee film revolved around Dharmendra and Sharmila Tagore, it will be fair to say Jaya had a significant role. All thanks to her character Vasudha, the film got depth and the comic twist in the later half. Shelling out innocence and maturity at the same time, the Bengali marvel was a pleasure to watch. 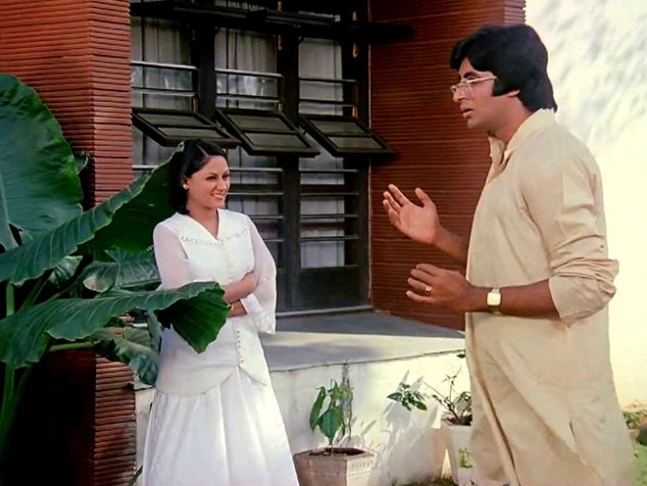 Jaya’s last film before taking a sabbatical, Silsila was yet another jewel in her treasure. Starring Amitabh in an equally crucial role, it was his better half who had all our hearts and admiration. Giving a good competition to him in terms of acting, Jaya subtly climbed up the charts of becoming filmmakers’ favourite despite her marital status. 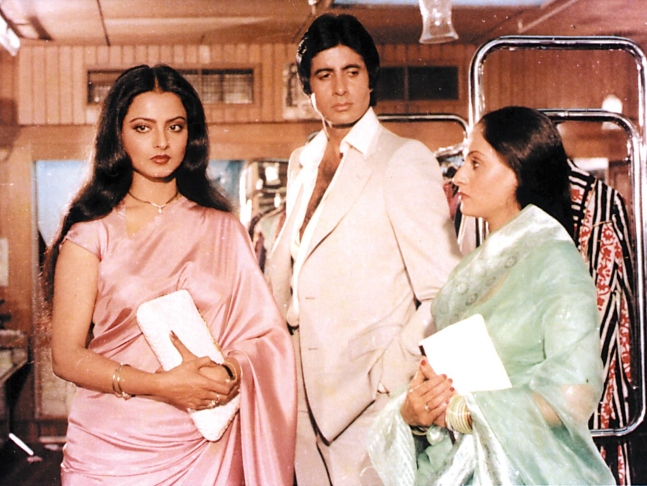 Jaya made her comeback with a strong role in Fiza. Though here onwards she didn’t hold films from the forefront, she was nonetheless the lead. In this crime-thriller, the actress shook the audience with her heart-wrenching performance as a mother who loses her son due to the communal crisis. Jaya went on to take the Filmfare and IIFA Best Supporting Actress Awards for Fiza. 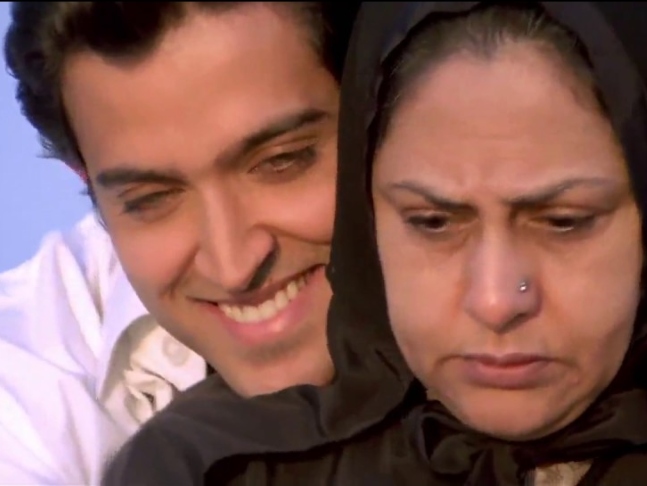 Is there anyone who can ever forget the puja thali scene when Shah Rukh Khan enters into the picture in this Karan Johar directorial? The answer is probably ‘never’. Thanks to Jaya and her overall character build-up, she became Bollywood’s favourite mother post Kabhi Khushi Kabhie Gham. As Nandini Raichand, her scenes with her husband Amitabh are equally entertaining. 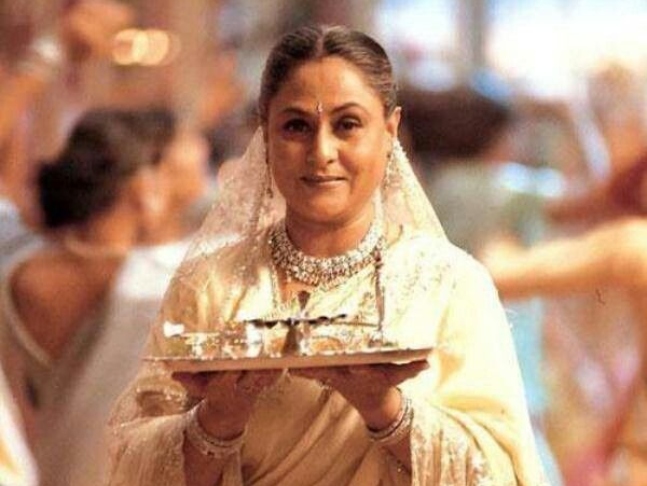 Jaya showcased her modern side in Kal Ho Na Ho as Preity Zinta’s Christian mother tolerating the taunts of her Punjabi mother-in-law who accuses her and her adopted daughter Gia for being the reason for son’s suicide. Mature and natural as always, she proved that her grip from acting hasn’t weakened and she is still an actress beyond comparison. 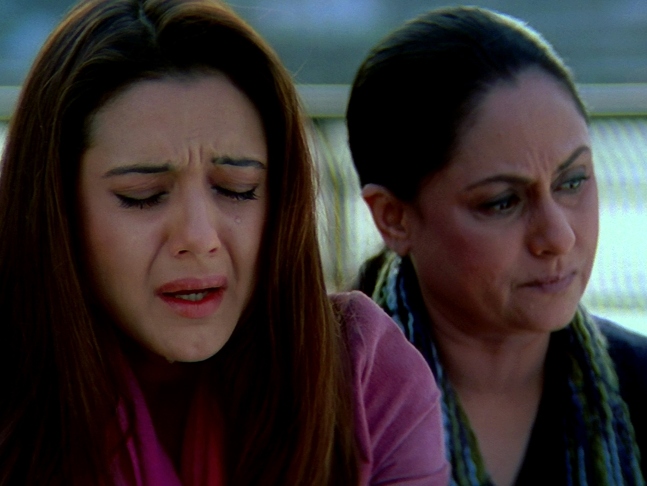 For us, Jaya Bachchan is undeniably a timeless performer despite taking a back-seat from lead roles post her marriage. An actress par excellence, Bollywood can't wait for her return, once again..

'It's all about loving your parents': 11 powerful gems of wisdom on lo

Before 'Gulabo Sitabo', Shoojit Sircar has worked with Amitabh Bachchan and Ayushmann Khurrana in these films!

Kabhi kabhi lagta hain ki apun-ich bhagwan hain! 10 dialogues of Nawazuddin Siddiqui that prove there is no other actor like him

Happy Birthday Vir Das: How the actor-comedian's fearless comedy and bold content made him Internet’s darling!

3 Years of Hindi Medium: English is just a language, not class - 5 important life lessons that Irrfan taught us through his character Raj Batra

Love affairs to enviable film lineup: How birthday boy Vicky Kaushal's life has been 'High on Josh' since 'Uri: The Surgical Strike'