Advertisement
HomeBOLLYWOODENTERTAINMENT NEWS'Childish and immature to do such a thing,' says Rakesh Roshan on 'Corona Pyaar Hai' registered as a film title

'Childish and immature to do such a thing,' says Rakesh Roshan on 'Corona Pyaar Hai' registered as a film title

The outbreak of Coronavirus across the world has left people in a state of worry. While schools, malls, gyms and other public places are instructed to remain shut till March 31, major businesses have suffered. As shoots and production work has come to a standstill, filmmakers rushed forward to register film titles keeping the novel COVID-19 into consideration. A report in a leading daily mentioned that Eros International has taken a step forward and registered Corona Pyaar Hai as a film title. Well, it seems the makers gave a funny twist to the Hrithik Roshan’s 2000 release, superhit film Kaho Naa… Pyaar Hai. Soon after the news broke out, Rakesh Roshan who directed the film spoke to a leading publication regarding the same. He lashed out at the production house for mocking a serious situation by getting the title registered. Calling them 'childish and immature', the actor-turned-filmmaker said that one should ignore them.

“It’s a mockery of the situation that the world is combating. It’s childish and immature to do such a thing at this time. We should ignore these people as they are not thinking straight,” Rakesh told. 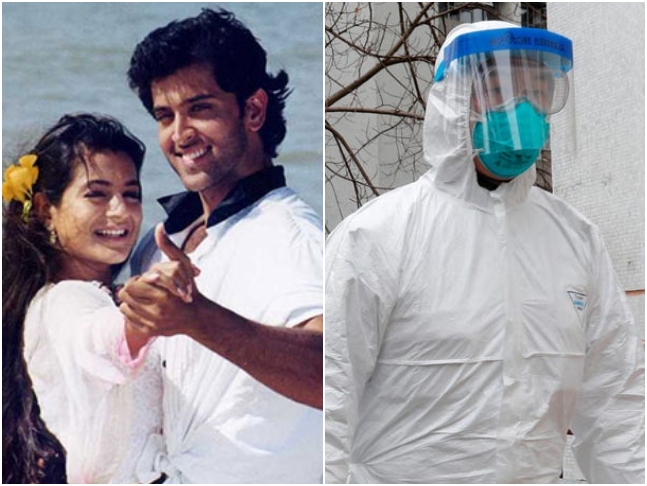 Rakesh, when quizzed about taking legal action against Eros International for the uncanny resemblance between Corona Pyaar Hai and Kaho Naa… Pyaar Hai, told that there is no similarity between them and the former title has a different meaning. He said no legal action will be taken. “There is no similarity between the two films. Even with regard to the names, their title Corona Pyaar Hai has a different meaning to it. So, I cannot do anything about it,” Rakesh added.