Advertisement
HomeBOLLYWOODENTERTAINMENT NEWSAs Aamir Khan turns 55, here are films that prove our ‘dil chahta hai’ to watch him more on the screen

As Aamir Khan turns 55, here are films that prove our ‘dil chahta hai’ to watch him more on the screen

It would probably be unfair to call Bollywood complete without the mention of Aamir Khan. Proven to be an actor of high caliber, the superstar has inscribed his name in the history of cinema, courtesy his range of diverse films each year. With a fan-following that accounts to multi-millions, the audience craves to watch him onscreen with numerous releases. But sticking to his one film a year policy, Aamir is in no mood to let go of the quality he delivers.

Now, as Aamir turns 55 today, we at PeepingMoon.com couldn’t help but go down the memory lane to rejoice the films he has given to cinema. From comedy to sports drama and even patriotic, the Khan hero is proof that diversity runs in his heart and mind. So, gear up for a fun ride as we take a look at some of his best and unique films! One of the early sports dramas of Bollywood, Aamir’s young boy like charm added to the glory of the film. An engrossing tale of college friendship, competition and rivalry, Jo Jeeta Wohi Sikandar raised the benchmark higher. The actor brought out his vulnerability well and gave iconic moments. Since 1992, drawing inspiration from the film, a number of filmmakers have placed their scripts close to the college drama. 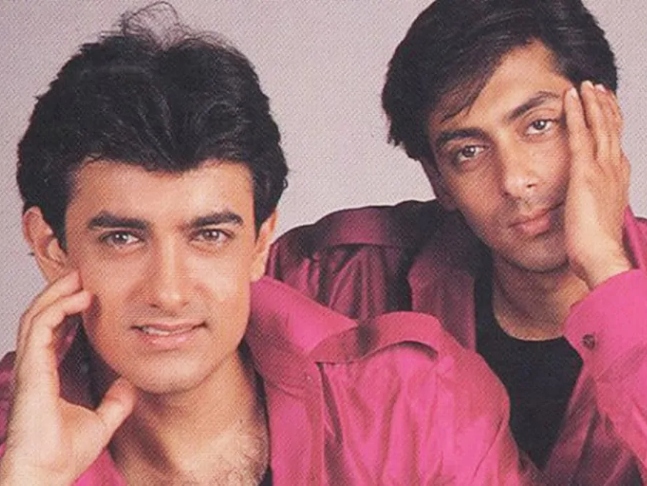 As Amar, Aamir truly immortalised the character. Quirky, fun and absolutely delightful to watch on screens, the actor gave an evergreen film with Salman Khan. With a remake on the cards, we are excited to watch him reprise the role. With Andaz Apna Apna, Aamir, in the mid-90s, gave heist comedies a new definition. Vikram Bhatt directed Ghulam showcased a suave Aamir’s tapori side. The crime thriller that revolves around local hooligans and murder revenge, it is classified as one of Aamir’s best. The other attraction was his chemistry with Rani Mukerji and him singing the iconic number Aati Kya Khandala. Ah! We wish to see the same Aamir in a film in today’s time. Any filmmaker listening? 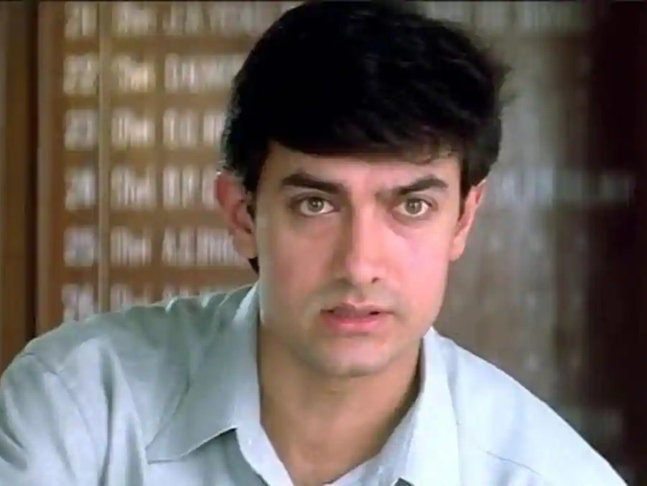 Donning the hat of a cop, Aamir gave a thriller to cherish forever. Sensitive yet powerful, Sarfarosh had us on the edge of our seats throughout. Proving to be a master of his craft, Aamir, in this John Matthew Matthan directorial that had traces of terrorism conflict, brought out the human and beast without going over the top like the Police shown in films these days. Real, authentic and strong, the actor brought to celluloid the correct definition of a cop. 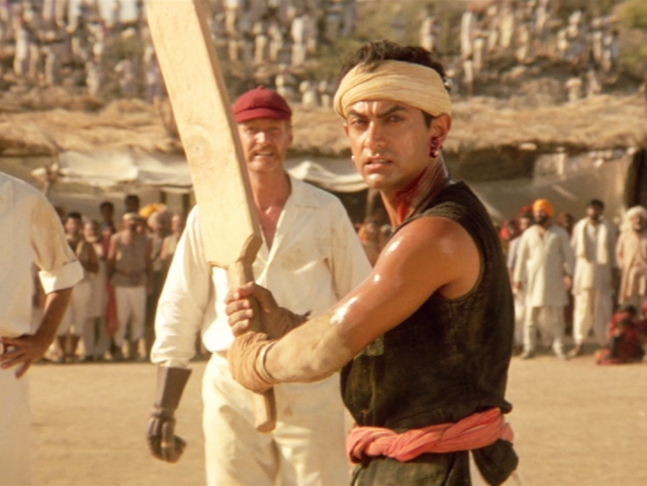 Lagaan didn’t become India’s official entry for Oscars for no reason. An elaborate take on the ill-effects of tax on deprived states in the country during British Raj, the Ashutosh Gowariker film romanticised our love for the sport cricket. Aamir’s Bhuvan remained the highlight of course and he did justice to every scene he appeared in. Lagaan came across when sports drama was a novelty and to date, it is admired for its simplicity and a less-glorified ode to farmers and the game. 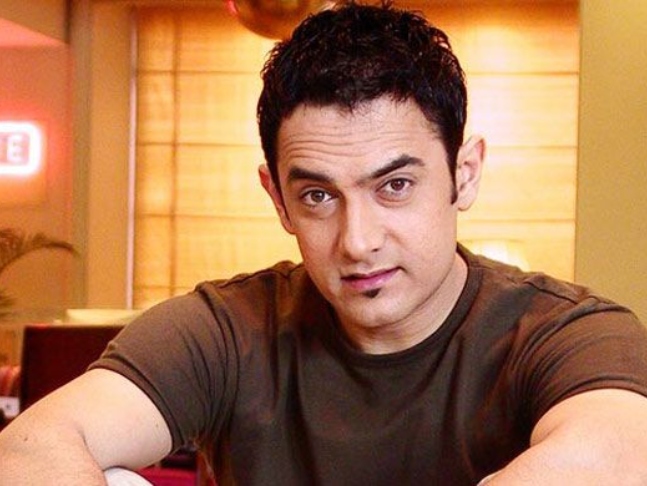 Dil Chahta Hai was made with each one of us and our friends in the center. Real and fun as our bond with our buddies, Aamir wasn’t acting but living it with Saif Ali Khan and Akshaye Khanna. The Farhan Akhtar directorial debut garnered footfall in theatres just to become a cult classic. The impact, to date is so much that people of all age groups resonate with it. Well, is there anyone who can ever forget the hilariously annoying calls of ‘Akash’ by his clingy girlfriend Deepa? 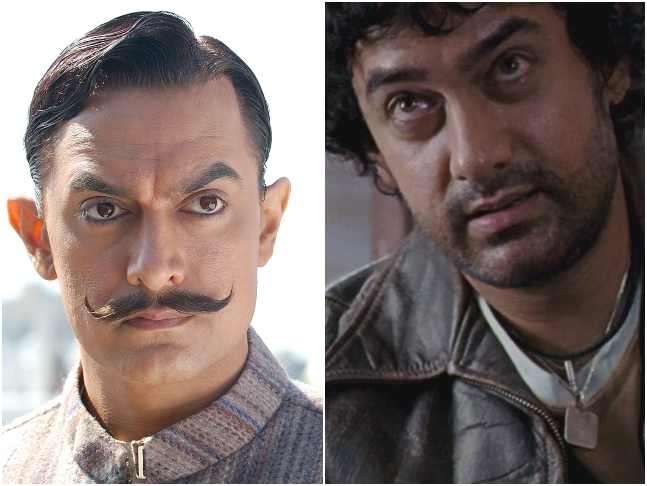 Patriotism and friendship at the peak, Rang De Basanti was an ode to the Indian culture and history. With references of Indian fighters and their struggles, the Rakeysh Omprakash Mehra film had its mind and heart at the right place. Young vibe teamed with a sense of desh bhakti, Aamir brought to limelight the Independence battle like never before. Without being preachy, Aamir’s Daljit 'DJ' Singh aka Chandrashekhar Azad reflected each nuance beautifully. 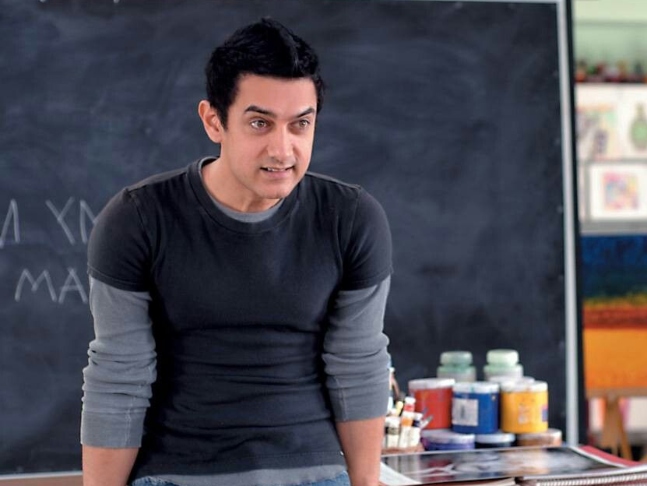 Dyslexia was relatively a lesser-spoken about issue on celluloid, but Aamir educated the audience in an engaging, endearing and emotional way with Taare Zameen Par. Sharing the screen space with Darsheel Safary, he made a strong impact as a boarding school’s art teacher, Ram Shankar Nikumbh. Having identified Ishaan aka Darsheel’s character’s special needs, Aamir had left us craving for a teacher like him at school. The chances of making a similar film to Taare Zameen Par was feared, but Aamir’s pure acting and near-real like treatment to it kept others at bay. 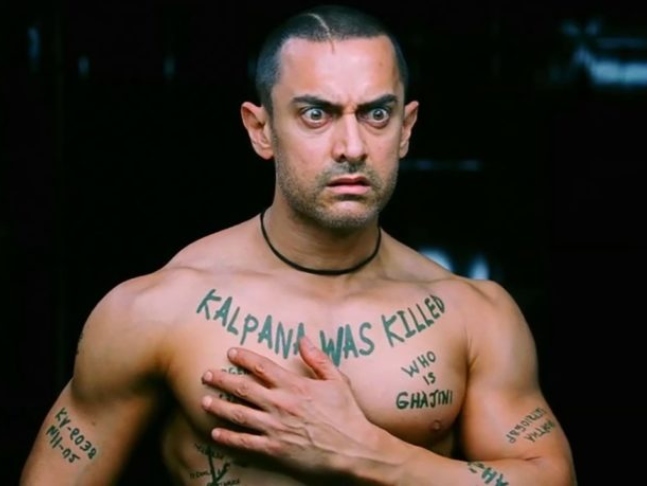 Ghajini hai kya? Well, we assume one must have heard or said this statement for a forgetful person. Thanks to Aamir for making the A. R. Murugadoss film’s title synonymous with a real-life trait. Going from a chiseled businessman to a person with the capability to remember events for only 15 minutes, Aamir as a lover avenging his girlfriend’s murder has stayed in minds to date. 3 Idiots probably needs no introduction. The lethal combination of Rajkumar Hirani’s brilliance and Aamir’s perfection made the film on the social pressures under an Indian education system shatter benchmarks. Emerging as an evergreen project, the actor took us on a memorable journey of laughter, learning and friendship. While Bollywood never touched upon the topic of the life of an engineering student and hostel life in such a manner before 3 Idiots, we have numerous examples after 2009. A trendsetter for sure! 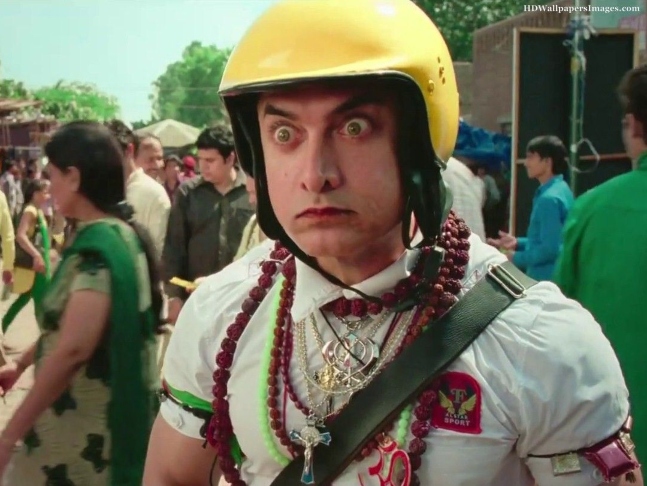 Rajkumar Hirani’s PK touched upon a sensitive topic of religion with a dash of harmless humour. Aamir played the role of an alien who is stranded during a research mission on Earth. As PK, a name given by people assuming he is drunk, heads on a search activity to find the remote control that can take him back home. From dressing up in skirts to poker-faced expressions with a Bhojpuri accent, Aamir probably kept this mind-blowing side of himself hidden till 2014. Giving global cinematic immortalisation to wrestler Mahavir Singh Phogat and his daughter Geeta and Babita, Aamir won applause for bringing to fore their story. With Bollywood having ignored the tale of the sister for years, the superstar, with his Midas touch, gave us an inspiring film to remember. Thanks to him, children learned more about the sport as well as Mahavir’s struggle and Geeta’s-Babita’s hard work in an entertaining manner. 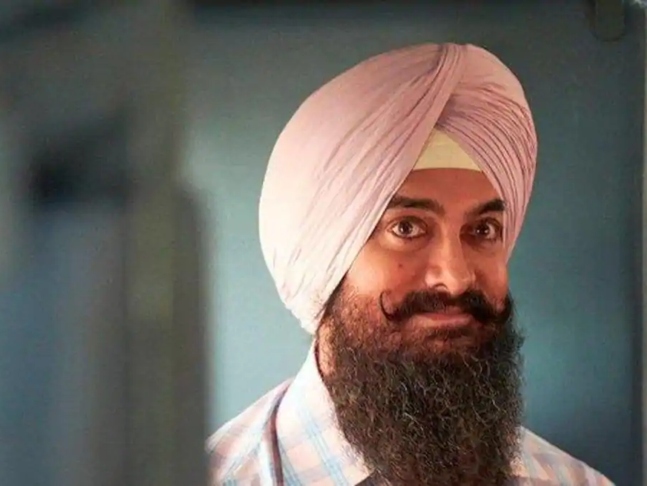 Donning the turban as a Sardaar for the first time in his illustrious career, Aamir has yet again raised the benchmark with the official Hindi adaptation of Tom Hanks’ Forrest Gump. Sporting multiple looks in a film shot across 100 real locations, the viral pictures of him have already sent us into a zone of excitement. With Laal Singh Chaddha releasing on Christmas this year, we wonder what surprise Aamir is giving us.

Happy Birthday, Aamir! Keep entertaining us with your unique choices each year till eternity!